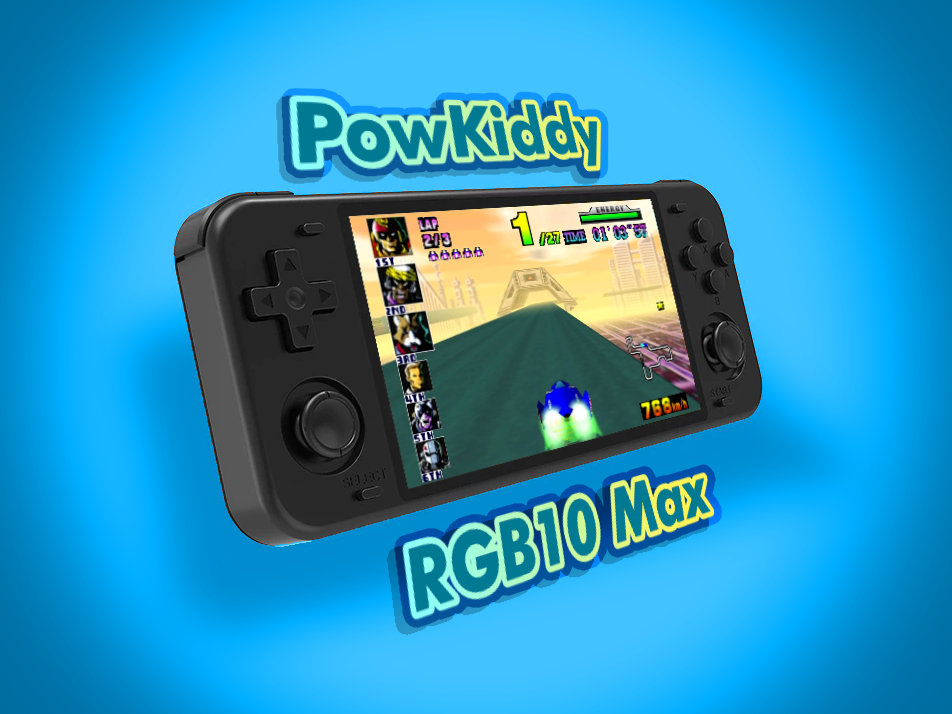 Raise your hands if you didn’t see this coming. No-one? Yep thought so! So in case you missed it, HardKernel released their updated Odroid-Go Super at the beginning of this year. It’s the same hardware as their previous device in a larger shell with a 5 inch screen and a higher resolution. The PowKiddy RGB10Max looks to be a very similar handheld, with some improvements.

It doesn’t take Nostradamus to predict that the Chinese manufacturers would follow HardKernel’s lead again, and in all honesty I’m surprised that it took this long. Some images popped up on baidu a few days ago and now the device is available to order.

The PowKiddy RGB10 Max actually makes some improvements over HardKernel’s offering though. Here’s some specs that should currently be taken with a grain of salt!

The large 5″ LCD is the same 854×480 resolution as the OGS but with much smaller bezels. The WiFi toggle on the top of the unit is a very nice touch, and alongside built in Bluetooth the RGB10 MAX offers two things that the OGS missed. The dual analog sticks also function as R3/L3 buttons unlike those on the OGS.

The PowKiddy RGB10 was one of the cheapest RK3326 handhelds to hit the market last year, but the RGB10 Max comes in a little more expensive at around $120. It’s now available to order in a choice of orange or black at the official PowKiddy store on AliExpress.

19 thoughts on “The PowKiddy RGB10Max Is The First OGS Clone”