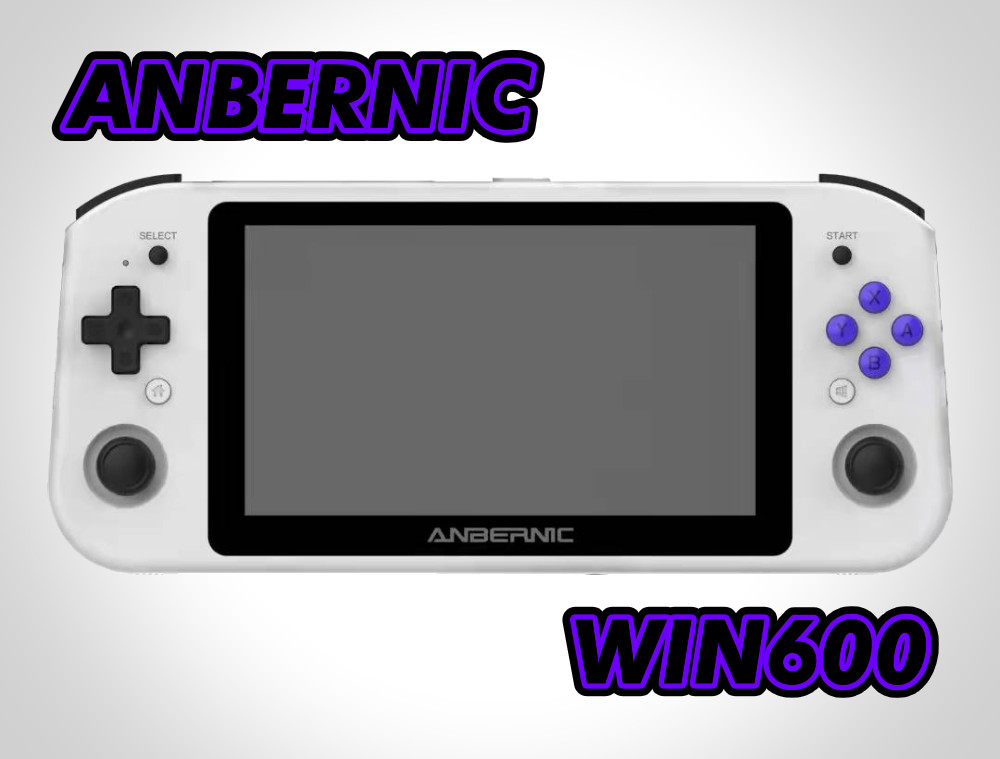 Rumours that Anbernic would be releasing their own Windows powered handheld have been rife for a while, but we now have some solid proof. A video surfaced a couple of days ago showing off what will potentially be the Anbernic WIN600 handheld.

Whilst specs are currently absent, we can learn a few things from the limited information we do have. My eyes must be too old to make it out, but apparently if you squint hard enough you can see the model number WIN600 printed on the back of the unit at around 21 seconds.

This nomenclature implies that the handheld will probably contain a 6″ panel, but resolution is not currently known.

Looking around the device, there is active cooling by way of a fan mounted in the back of the unit. Air is drawn in from the back and exhausted through five large apertures on the top edge.

Also on the top edge is a USB 3.0 port and what looks to be a USB-C port. Presumeably this will be used for charging and possibly also video output.

Stacked shoulder buttons adorn each side of the top edge. From the way they look it doesn’t seem as though they’re analog. If this is true it is the first obvious downside when comparing to the GPD Win 3, Steam Deck and the 2021 Aya Neo, which all have analog triggers.

The right hand side of the unit appears to show two buttons. The RG552 has its power button in the same location, and some people have reported accidentally putting the device to sleep whilst using it.

I hope that Anbernic either decide to move this placement, or recess the button far enough so that this doesn’t happen.

Old renders of the Anbernic WIN600 Windows handheld show that the buttons on this side are actually toggles for keyboard/mouse inputs and overlays. However, the old renders also show that the power button and volume are located on the other side of the device, which could potentially create the same issue. We don’t know how final those early renders were, so best to hold back judgment yet.

Without handling the unit in person it’s difficult to say, but looking at the renders and the leaked video it seems the analog sticks are very low down. Additionally, wouldn’t it make more sense on a powerful device such as this to have the analogs at the top rather than the bottom? Maybe on the left side at least. Time will tell how comfortable it is to use, but I have my doubts at the moment.

Price, release date and final specs of the Anbernic WIN600 Windows Handheld are yet unknown. It may be that Anbernic decide to release a few different variants at different price points. One thing is for sure though, it either needs to rival the power of its competitiors, or be much cheaper. The price of the RG552 came as a bit of a shock to many considering its lack of power. We’ll have to wait and see if Anbernic have learned a lesson from that!