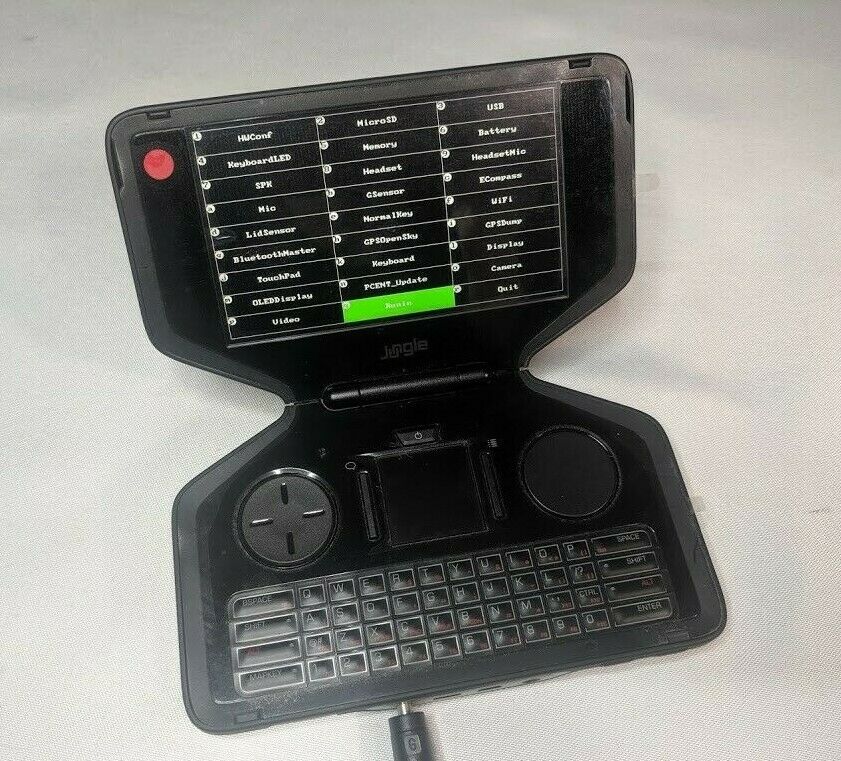 Some of the first posts I ever made on Obscure Handhelds were about an upcoming handheld from Panasonic. The Panasonic Jungle was designed as a clamshell device intended for playing MMOs on the go, and it was due to run on Linux. Obviously the handheld never came to light, being cancelled in early 2011 due to “changes in the market”.

It’s always a shame to see something as weird and wonderful as this get cancelled. The world of handheld gaming might have been a bit different today if the project hadn’t been canned, although I always thought their MMO target market was kind of odd.

It’s perhaps unlikely that the device would have been successful at the time, but I do think that this niche could benefit from a highly polished handheld from a renowned and well respected manufacturer. Something that lesser known manufacturers could aspire to. Right now the closest with have is HardKernel’s Odroid-Go, and to some extent GPD’s newer devices.

The only reason I bring this up now, is this eBay listing. It’s a prototype Panasonic Jungle device, unusable save for some hardware testing scripts – but cool to see never the less!

Unless you’re a hardcore collector of cancelled prototypes, or the world’s biggest Panasonic fanboy (do those exist?) then it’s unlikely you’ll be bidding on this thing. $10k is quite an ask!

2 thoughts on “Who Remembers The Panasonic Jungle?”