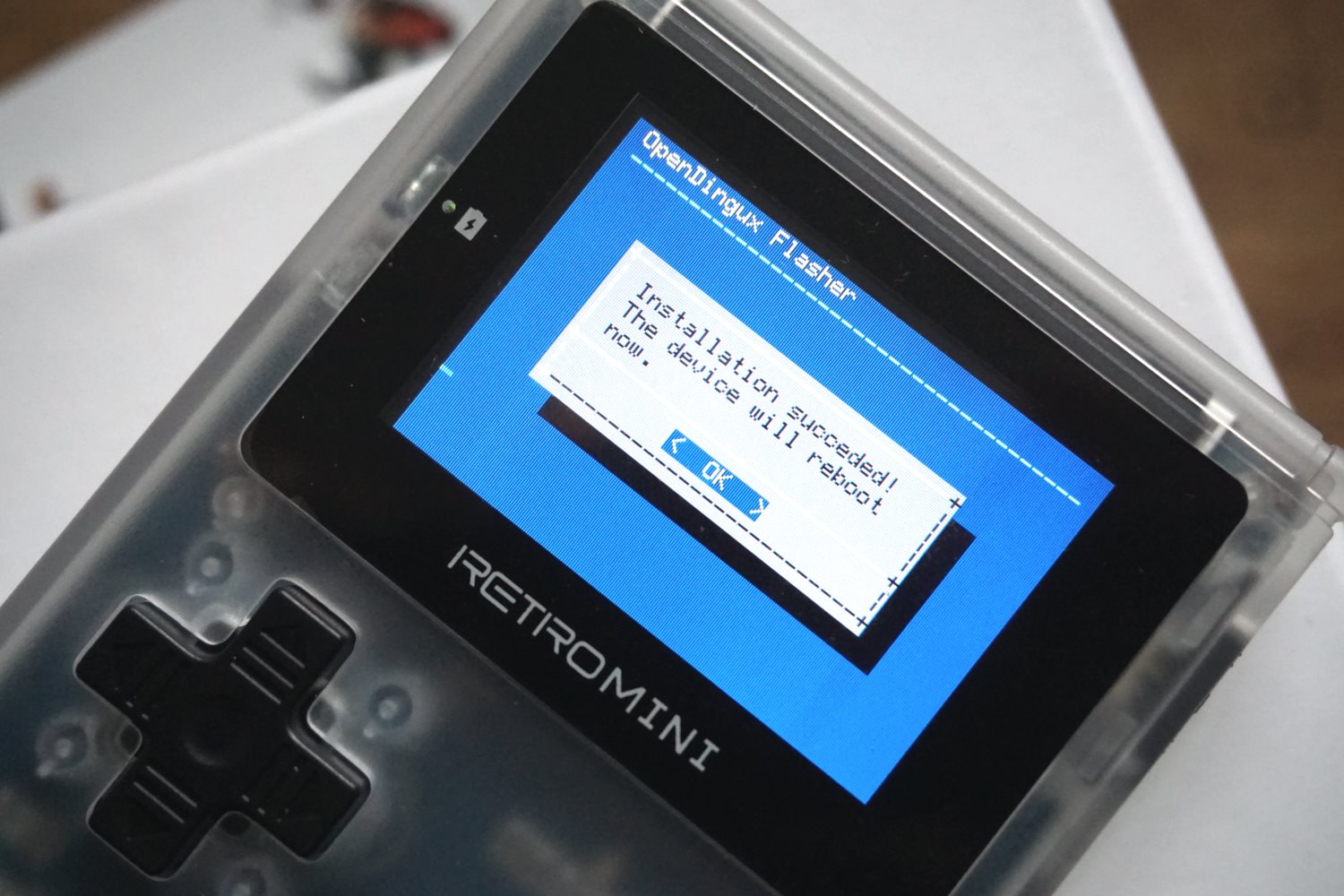 The RetroMini was released back in November 2017 and despite its good looks and authentic 240×160 Game Boy Micro LCD, it never really found its feet. The problem for the most part is that the factory firmware is very poorly implemented making many GBA games painfully slow or plain unplayable.

Many thought it would never happen, but after a reported 400 hours of work pcercuei has released the first iteration of OpenDingux for the RetroMini (aka CoolBaby RS-90).

This paves the way for a similar level of development as the RS-97 has had, although it is important to bear in mind that the RS-90 is not as powerful as the RS-97.

Currently the ReGBA emulator is available for the device and it already out-performs the emulator from the factory. Having said that it’s worth noting that there are a few quirks to be ironed out if you’re not in to tinkering. I was unable to flash the device under Windows 10, despite the instructions saying it was possible, but in Linux it was simple enough. Also currently it doesn’t look as though you can load ROMs from the external SD card. I have been transferring ROMs from the SD to the internal memory through an SSH session in Putty.

The details and downloads for flashing your device can be found on pcercuei’s blog, and he’s graciously accepting donations for his efforts if you’re feeling generous.

The RS-90 can still be had at Aliexpress, and for a measly $28 it’d be rude not to. It’ll be fun to see what happens next for this cute and capable little handheld!

Update May 2nd: SD cards are now supported, you can flash the device as normal following the instructions on zcrc.me and external SD card loading will work. Also, there is a guide for flashing from Windows 10 kindly written by Great Crippler.

13 thoughts on “Dust Off Your RetroMini, OpenDingux Has Arrived”