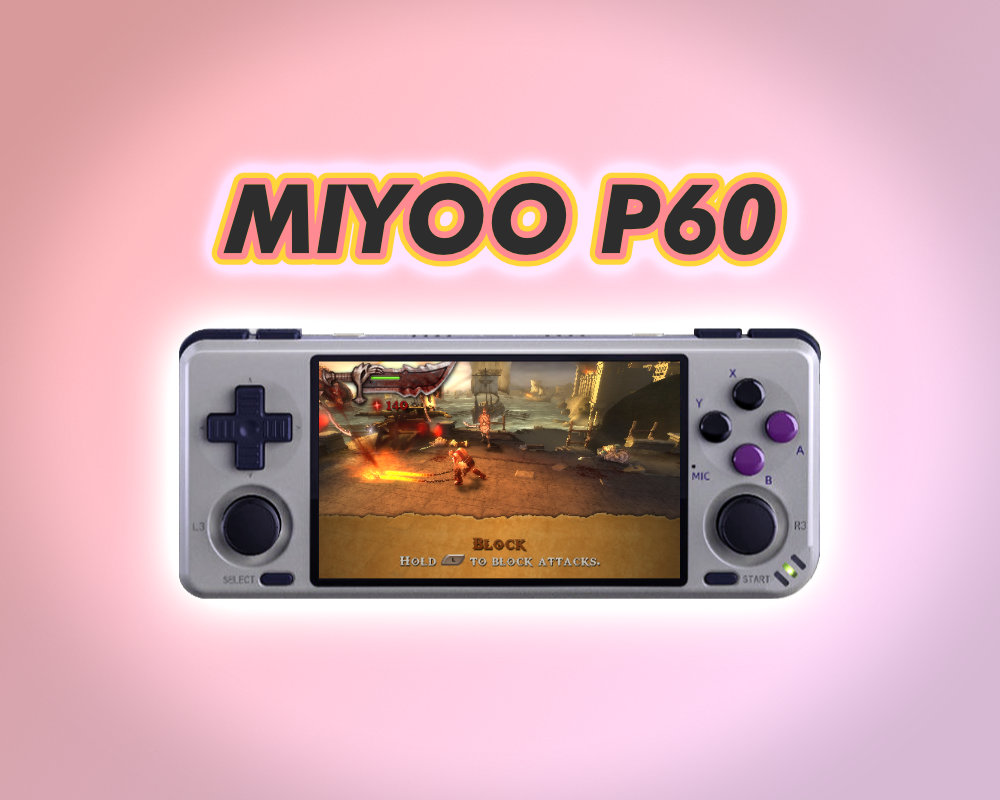 As we wait in limbo for the first new generation handhelds to be released, Miyoo have decided to throw their hat in the ring with one of their own. The Miyoo P60 looks to be another fairly powerful Android based device coming soon.

Although not a very well known name in the West, we have seen a few handhelds manufactured by Miyoo already. The BittBoy/PocketGo and RK2020 line of handhelds were all manufactured by them. Whilst they have a very mixed track record, it’s fair to say that their most recent device, the Pocket Go S30, is a vast improvement on some of their earlier hardware. Whether that will translate into the Miyoo P60 too is anyone’s guess yet.

At the moment it doesn’t seem that the P60 will be branded with the BittBoy or PocketGO names. It could be that Miyoo are going it alone this time around.

The Miyoo P60 will run on the MediaTek Helio P60 (aka MTK6771?). This is a moderately powerful chip found in a handful of budget mobile phones. One of the spec sheets for the Miyoo P60 lists 32GB storage and 3GB of RAM bundled into a Samsung eMCP package. Graphics acceleration is taken care of by a Mali G72 running at 800Mhz. The G72 supports Vulkan 1.1 which will help in some more demanding emulators such as Dolphin.

Whilst the Helio P60 can only be described as moderately powerful, it offers much better performance than the RK3326. With 8 cores running at up to 2Ghz, it’s likely we’ll be able to get some GameCube emulation out of it.

The LCD is listed as a 4″ IPS touch screen panel but resolution is currently unconfirmed. One commenter on Baidu suggested that they’d spoken to someone (potentially Miyoo) and confirmed it as 800*480, but take that with a pinch of salt until confirmed. Additional storage is taken care of via microSD and the 4000mAh cell can be charged over USB-C. The leaked spec sheet lists support for both 2.4GHz and 5GHz WiFi networks, but Bluetooth isn’t mentioned.

Dual analog sticks are present the front of the unit, and it looks like we have R1/R2/L1/L2 on top. On the right hand side appears to be an analog volume potentiometer. The bottom right hand corner seems to be where the status LEDs are, disguised as a speaker grill. If you look at the render carefully you’ll see that the analog sticks function as R3/L3 buttons too.

The overall size of the Miyoo P60 is 163x67x18mm which would make it slightly wider than the RG351P. Given the larger screen, this seems to make sense.

Currently both unknown, I will update this post when more information becomes available. For what it’s worth I think if anyone’s going to have a crack at the low cost market then Miyoo could be the ones to do it. I only hope that their hardware and Android build are good enough. Miyoo have at the very least built some prototype units already, so I expect we won’t be waiting too long for it to show up.

While we wait for more details, you can check out this video showing the Nokia X5 (same hardware) running a selection of GameCube ROMs, with some good results.

19 thoughts on “Can The Miyoo P60 Give Us More Power At A Lower Price?”