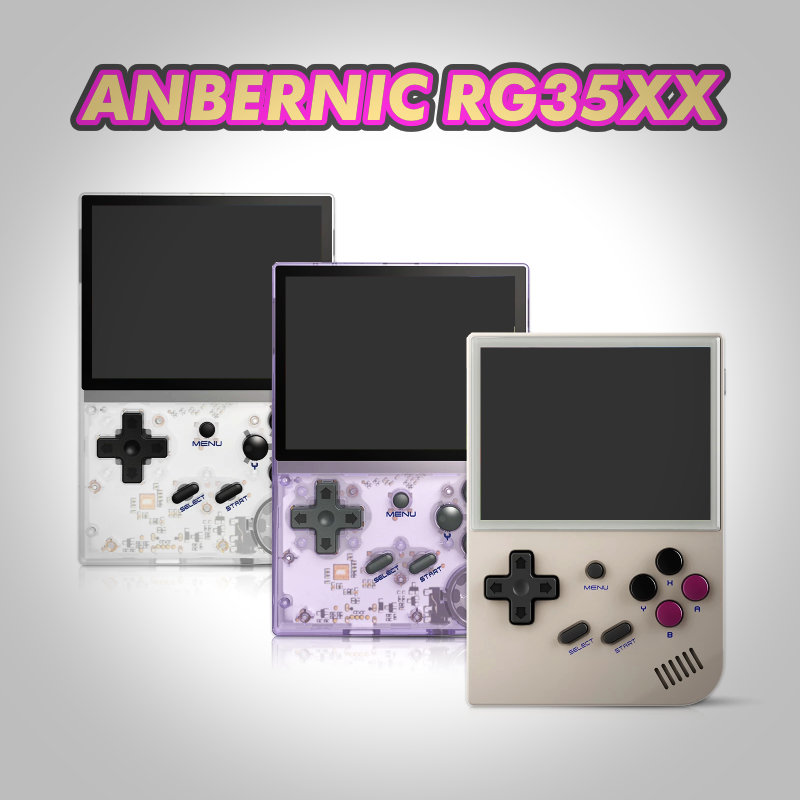 The Anbernic RG35XX officially dropped today, but the device was still shrouded in mystery until the order page went live. A marketing trick, or a way of delaying disappointment?

The RG300 has always held a fond place in my heart, for me it was the peak of the JZ4760 machines. With the ability to run RetroFW, it had an excellent balance of a mature OS, almost perfect aesthetics and pocketability to boot. The RG35XX is a change of tack for Anbernic, and harks back to that era in 2019 when the RG300 took centre stage.

The Anbernic RG35XX takes almost everything we’ve become used to in modern handhelds, and strips them away. Whilst it does have HDMI output and two SD slots, it also has a paltry 256MB RAM, no analogue sticks, no large high resolution panel, no claims of 6th generation console support, and not even any wireless connectivity. But at $50 it doesn’t need to have any of these things. There is an elegance in its simplicity, at least at face value.

But the make or break for the Anbernic RG35XX will be the user experience. Unlike the RG300, there is no mature or well established OS that can be ported over to the RG35XX. The reason for that is Anbernic’s choice of SoC. Under wraps until the order page went live today, the RG35XX is driven by an ancient chip from Actions Semiconductor. The ATM7039S was released back in 2013 and was intended to run Android 4.2.2. A different era entirely.

It’s a quad core Cortex A9 chip running at up to 1.6Ghz, it supports DDR3 RAM and is built on a 28nm Low Power process. Performance wise, it probably sits somewhere between the Sigmastar SSD202D in the Miyoo Mini and the RK3326. Certainly no powerhouse, but a powerhouse chip in a device like this would be a waste. I imagine that the RK35XX is intended as an introductory device, and for that type of handheld this chip suits just fine. It is not the SoC, but the OS and UI that I’m more concerned with.

According to the internet, the software for this chip is closed source, and neither Actions nor Anbernic are willing to change that. A massive turn off for a lot of people. But bear in mind that the Miyoo Mini is also closed source, and look how far that device has come. According to Wild Lee (an Anbernic affiliate of some sort, maybe PR, or just pals, not sure) there is someone that has been entrusted with the source and is working on a third party OS for it.

I am guessing the stock OS is going to be something we’ve not seen before from Anbernic, but it seems to have the basics included.

Handhelds like this interest me. I am all for pushing performance and the one-upmanship between manufacturers, but handhelds like this remind me of when I first discovered these gadgets. There was an air of mystery about them. Nobody really knew what they were capable of until they’d gotten into the hands of some clever hackers and developers. Obviously times have changed, and these handhelds don’t just appear out of nowhere from a company you’ve never heard of any more. But there is an air of that bygone era with the RG35XX.

The RG35XX was dubbed the Anbernic Mini for a long time, and initially it drew comparisons to the Miyoo Mini. But actually, it is quite a lot larger than the Miyoo Mini, and comparisons based on size are unfounded. But the ethos is similar, and whilst I love the Miyoo Mini, it is a tad small. I hope the RG35XX pulls as much interest as the Miyoo has done. If so it’ll be great to see what revelations are discovered when it falls into the right hands.

The RG35XX is available now for $50 before postage. For us European folks, brace yourselves for the tax. It’s available in a very DMG-esque beige, as well as Atomic Purple (or something like it) and transparent. You can grab it from the Anbernic site, and it’s also available from the official Anbernic store on Aliexpress too.

above links are affiliated.

8 thoughts on “Is The Anbernic RG35XX A Spiritual Successor To The RG300?”