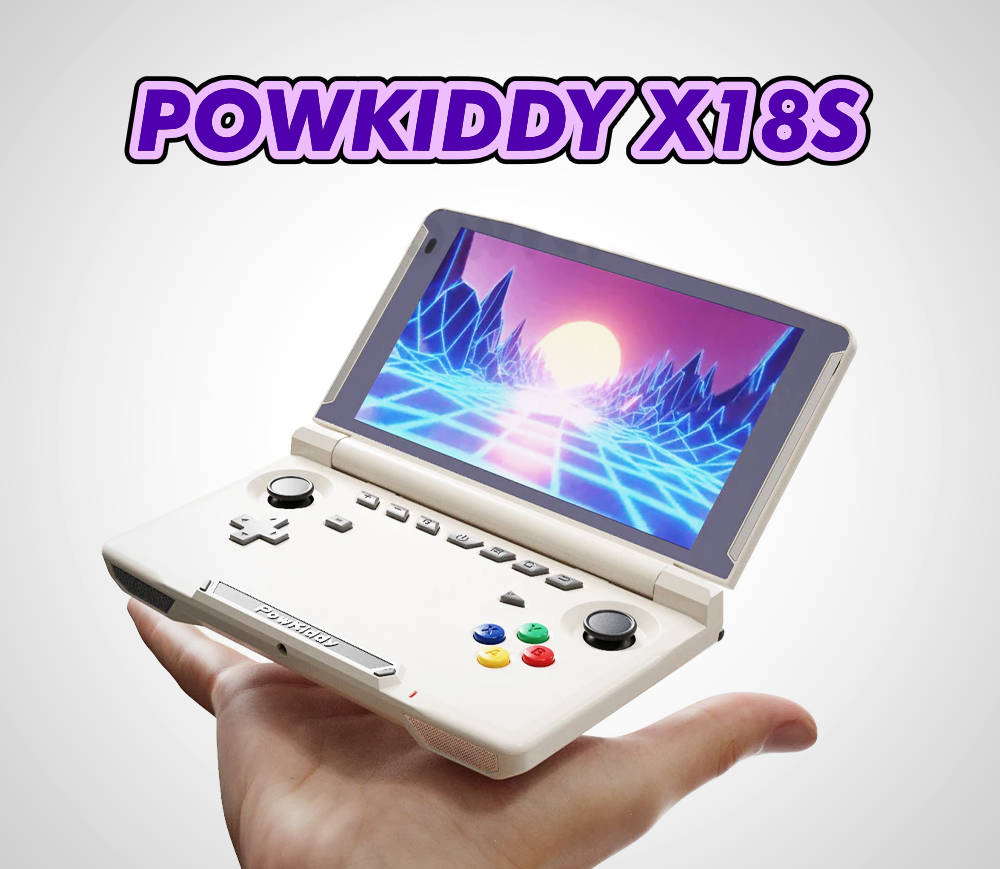 It’s been a long time since Powkiddy first teased their powerful upgrade to 2019’s X18. The Powkiddy X18S has finally gone live and devices are shipping out now.

Whilst this chip doesn’t fare too well against the Snapdragon 845 in the upcoming Odin from AYN, it does pack a punch. It’ll allow for very good PSP emulation, with a smattering of GameCube games being playable too.

We’ve known that the X18S was coming for almost a year but it has been delayed multiple times. The chip shortage woes probably played a part in this, but as things begin to ease up we’ll hopefully see a steady influx of new machines in the coming months.

The PowKiddy X18S is one of the first off the block. It’s the natural successor to their black clamshell X18 from 2019. It is built in what looks to be the same shell as its predecessor, albeit with a white and grey colour scheme this time around. The handheld will run Android 11, though some of the earlier promotional material is careful to point out that the Play store won’t be available out of the box.

I am cautiously optimistic about the success of this machine. On paper it does a lot of things right, I love the clamshell form factor and we’re getting a powerful SoC running a current Android version with the X18S.

But the Android build of their previous X18 was a mess, and it took a long time for developers to manage to clean it up. Unfortunately it looks as though the same can be said for the X18S, with early reports suggesting the OS is very buggy. Some menu options are so broken that they ultimately lead to a bricked device if clicked. In this case, DO NOT go into Settings > About X18S > Switch System as it causes the system to brick itself. They’ve probably ported an OS over from a device that had 2 OS installed, but forgotten to remove the option to switch between them.

Don’t despair though, because it’s Black Seraph to the rescue. He already has a working build of Lineage 18.1 running on the PowKiddy X18S. Black Seraph has a long history supporting both the GPD XD and XD+, and has now added the X18S to his list. You can get hold of his work via Patreon, with a an £8 subscription guaranteeing access to his builds.

The PowKiddy X18S is now available from the official store on AliExpress. With a list price of $172.99 it’s by no means a impulse purchase for a lot of us, but with Black Seraph on board it should have a long life ahead of it.