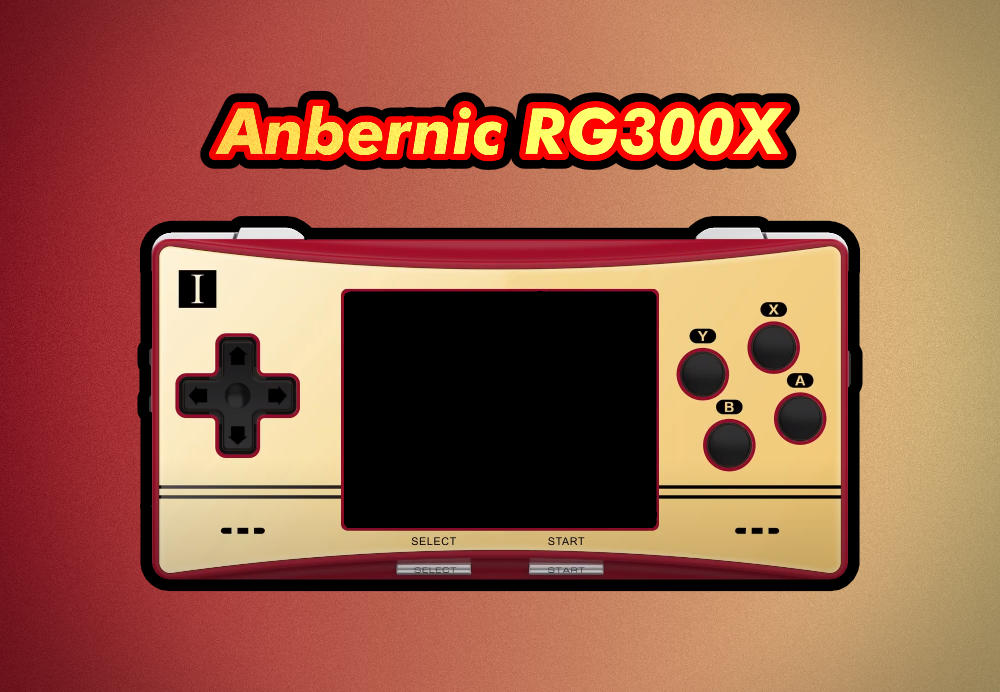 While we wait for this promised influx of powerful new handhelds to arrive, the drip feed of machines powered by relics of the past continues. One of these new offerings is the Anbernic RG300X and takes the form of a scaled up Game Boy Micro. Once rumoured to be using a newer and more powerful Ingenic chip, the latest leaks about this handheld suggest otherwise.

With the announcement of the Anbernic RG552, we’ve all been waiting with bated breath for any smidgen of news. Whether it’s still chip shortages causing delays or something else, here we are with yet another JZ4770 device.

The Anbernic RG300X is modelled very closely on a scaled up version of the Game Boy Micro. Differences in the design include the addition of two extra face buttons and two more shoulder buttons. The RG300X is basically an RG350M with the analog sticks removed, a smaller LCD and the clothes of a Game Boy Micro. The RG300X has a 3″ LCD at 640×480, the same resolution as the RG350M.

The below images taken from the promo video shows dual microSD slots, dual USB-C ports and a HDMI on top too.

The RG300X is rather a lot bigger than a Game Boy Micro, as you’ve likely guessed based on the 3″ LCD. Here’s a comparison courtesy of NOirBRight.

The shell actually looks very similar to the Raspberry Pi powered Waveshare GPM280. There are many differences around ports and button placements though, so it’s unlikely to be using the same shell. And of course, the internals of the RG300X are vastly different.

The trusty old JZ4770 CPU is filling a gap here while the delays around Anbernic’s RG552 are ironed out. It’ll of course run OpenDingux, just like all other JZ4770 devices. The RG300X is available in two colours. Maroon/gold and silver/black.

The RG300X is listed now and the the countdown is ticking on Anbernic’s website. You know, for $60 I would have shrugged and said fair enough. For $88, I don’t think so. Non-affiliated link below.