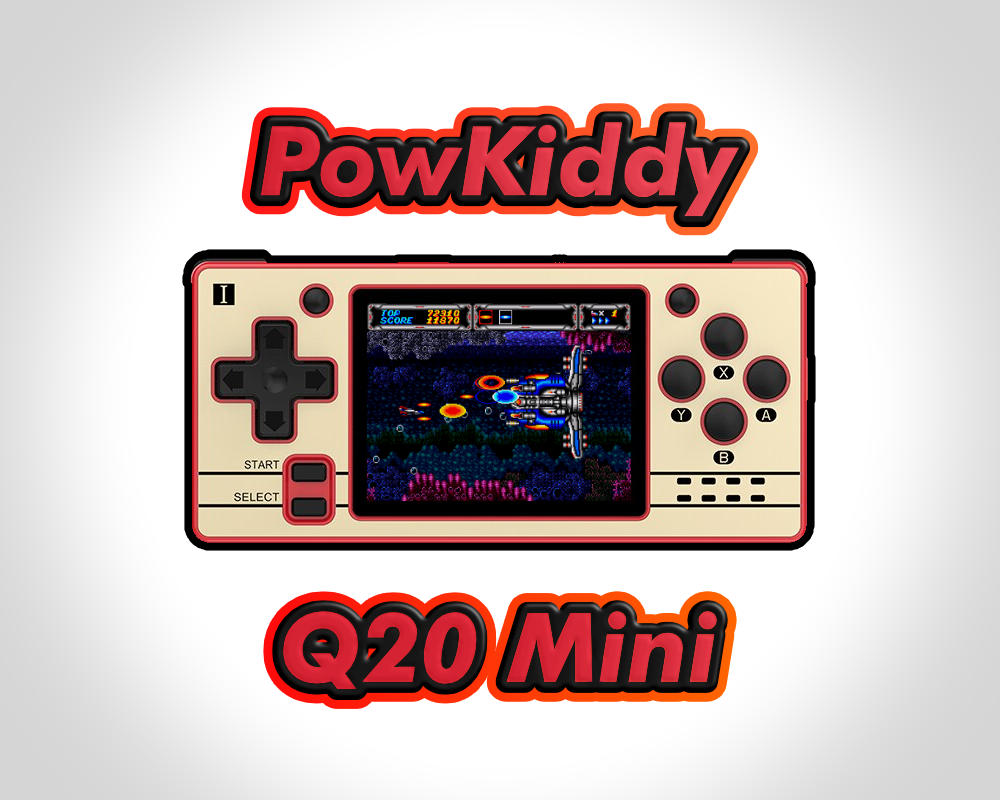 How intriguing that both PowKiddy and Anbernic have decided to release new, low power handhelds whilst simultaneously teasing us with way more powerful devices. And how coincidental that they’ve both opted for the nostalgia aesthetic, sporting the Maroon and Gold of the Famicom controller. Behold, the PowKiddy Q20 Mini.

The cynic in me would say that both companies are scrambling to bring in some income whilst they work out the kinks with their upcoming flagships. But whatever’s going on, here we have yet another cheap, low power handheld to tide us over while we wait.

The PowKiddy Q20 Mini was rather abruptly brought on to the market a couple of days ago. It seems to be another AllWinner F1C100S based device which would put it in the same category as the Q90, V90, TrimUI and PocketGo.

Its tiny 2.4″ LCD sits inside a shell just 11.8cm wide. At 320×240, it’s not as high res as the panel Anbernic chose for their similar device. It’s also possible that the device will ship with the same screen tearing issues that other F1C100S devices have. Thankfully, there are community fixes for those other devices which minimise the effect, and I’m sure the same fix will be made available for the Q20 Mini too if needed.

The 1200mah battery claims up to 4 hours battery life, and you can charge it via a USB-C port on the top. All software and ROMs can be loaded via a microSD card slot on the top of the device, and a single set of shoulder buttons adorns the top corners. Strangely, all the buttons are labelled on the promo material except for the two buttons either side of the screen. Any guesses?

The Q20 Mini comes in at a reasonable $40. If you’re in love with the aesthetic, or on the lookout for a cheap low power device this might be interesting to you. Personally I like the TrimUI or PocketGo the most from this class of handhelds, but if the build quality is good enough this one might be a good choice too.

The PowKiddy Q20 Mini comes in two colour schemes and is available on the official PowKiddy store at AliExpress now.

9 thoughts on “Here, Have Another One – The PowKiddy Q20 Mini”