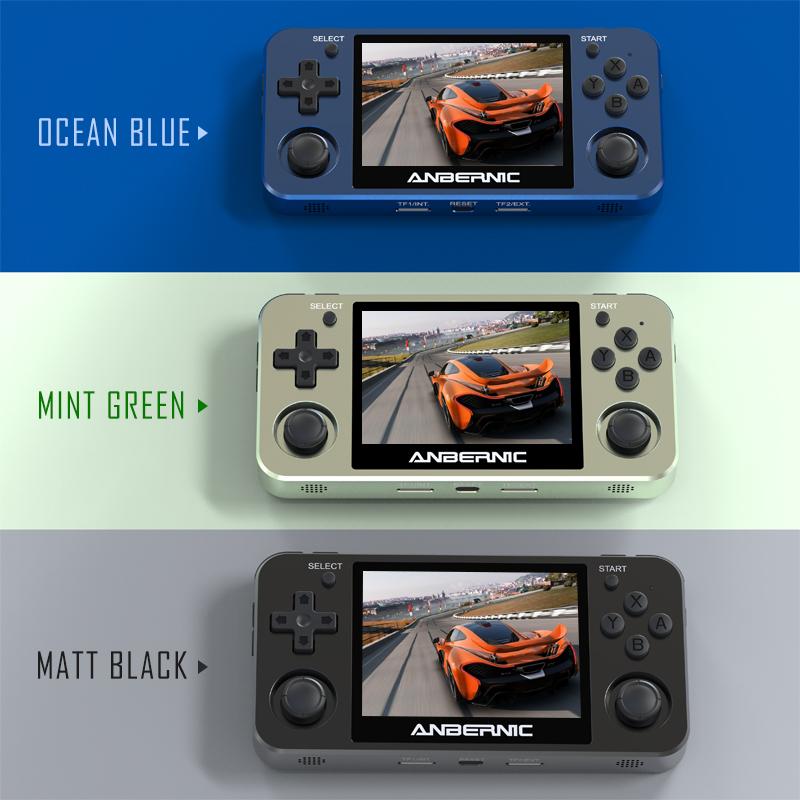 Anbernic have finally created a landscape RK3326 handheld with a 4:3 aspect ratio display. The Anbernic RG351MP has been rumoured since at least June and was considered to be cancelled, but is now confirmed and available to order.

It’s a bit frustrating that it took so long to do the blindingly obvious. The biggest complaint with the majority of RK3326 machines has been the weird aspect ratio and awkward screen resolutions. Most of the systems that this chip can emulate support a 4:3 aspect ratio, yet it’s taken almost 2 years to get a landscape machine with a matching screen.

However, Anbernic have finally stepped up and delivered the goods. In much the same way as the RG350M consolidated everything good about every JZ4770 machine into one handheld, it looks as though the RG351MP (Metal Pro, apparently) sets out to do the same.

There’s nothing ground breaking about the RG351MP, rather it looks to be an iterative product that fixes one major gripe in the majority of previous landscape machines. The shell is very similar to the RG350M, which was my favourite of all the JZ4770 handhelds. Chunky and hefty but with a undeniable level of quality about it, this metal shell comes in three colours for the RG351MP. The standard matte black version as expected, alongside “Ocean Blue” and “Mint Green” versions will be available on release.

The internals remain almost the same as all our other RK3326 machines including the RG351P, GameForce and Odroid-Go Super. The real difference comes with the addition of a 640*480 display, providing a 4:3 aspect ratio panel for the first time in this form factor. OCA laminated, too.

Unfortunately as is often the way with these products, it’s one step forwards and one step back. The glaring omission from the RG351MP is that there’s no onboard WiFi. The cynic in me says that this is so they can release a plastic version later on with internal WiFi. Realistically though it’s probably more to do with the recent chip shortages than anything else.

Interestingly, Phawx’s teardown photo on Discord revealed a PCB date of March this year. It’s quite possible that chip shortages delayed the release of this handheld until this point.

The RG351MP is available now at their website and on AliExpress. The high price tag makes this handheld quite an ask considering the ruck of way more powerful handhelds on the horizon.

However, the RG351MP could draw a nice line under the RK3326 machines and may well end up being the one to have in this category. I can see people selling their RG351M and RG351P for one of these, and to be honest I might join them. You can order the Anbernic RG351MP on their AliExpress store or website right now.