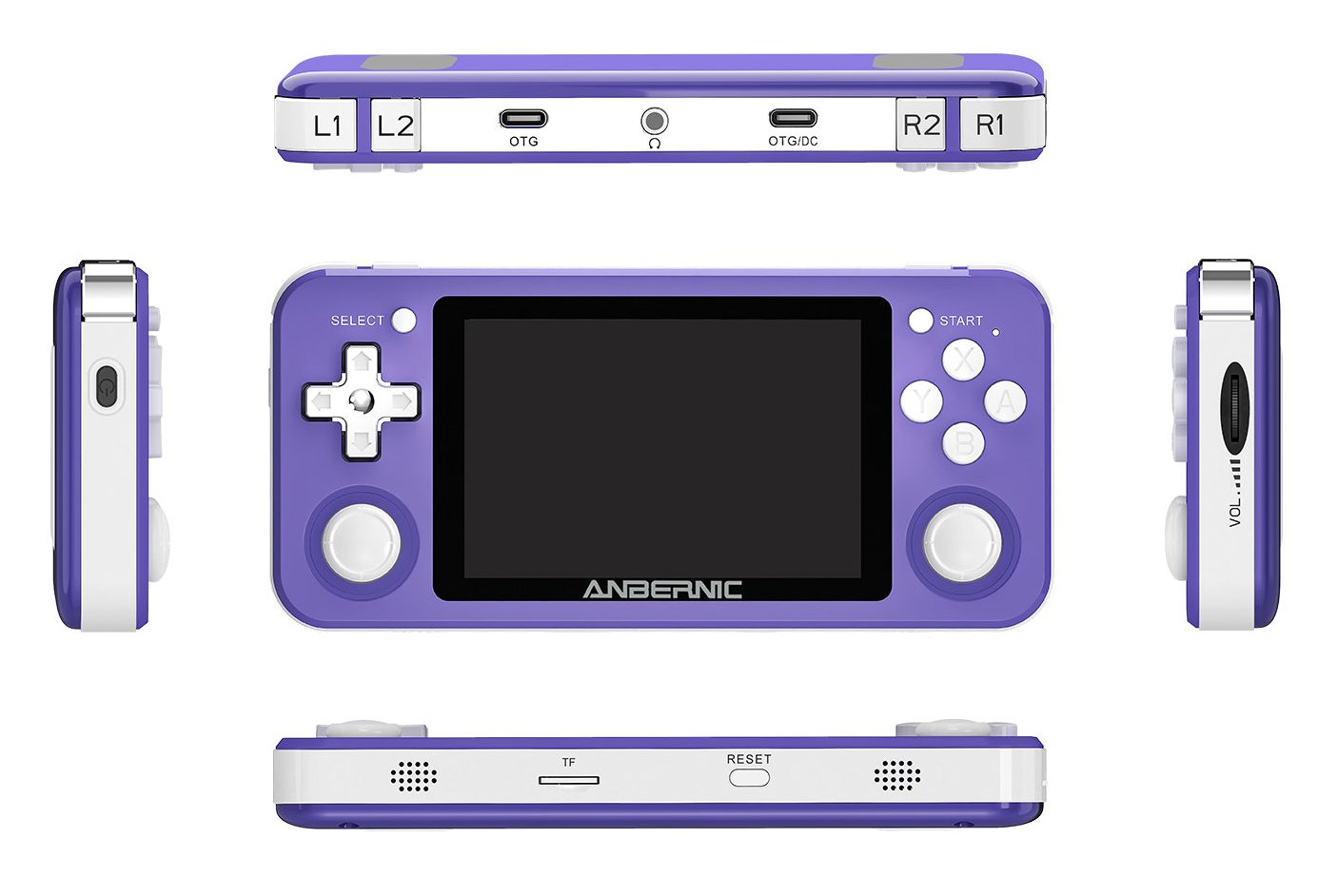 Hot on the heels of the ZPG Pro announcement, here comes news of another machine due soon. The RG351P is another handheld based on the OGA hardware, and using a similar shell as the RG350.

Someone on the Baidu forums posted a Chinese language version of the below image. It gives us a little insight in to what else might be in the works from the Anbernic camp. The image is fairly self explanatory, but I’ve translated it to English never the less.

Historically there are some exceptions to these rules, for example the RG300 was JZ4760 not JZ4770, and it was not suffixed with a “V”. The original RG350 isn’t suffixed with a P either. But we can take this as a rule of thumb for future devices.

Rumours state that the RG351P will be released at the end of August, but we don’t yet know the exact configuration. It is likely to be a P(lastic) device initially, and I would expect to see the RG350 shell being re-used. Hopefully it’ll be a new mould with the d-pad at the top, like the RG350M. Interestingly, it has been said that the RG351P will have dual analog sticks. This would be a first for OGA clones, and would be very well received.

Whilst the RG351P is just another OGA clone, Anbernic do have a pretty good track record. I would hope that this will be the benchmark for future devices. 2020 will be the year of the OGA clones, you can expect to see at least another one popping up very shortly courtesy of PowKiddy.

It also looks as though there may be a MediaTek (MTK) handheld in the works too. We’ll have to wait and see what the RG352 may be, perhaps another Android device?

Images here tell us a variety of things including:

As of mid september, the RG351 is available to order. It comes in White, Black and the classic GBA purple. At $109.99 it’s the most expensive of the RK3326 machines so far, but will it live up to the hefty price tag? We’ll have to wait and see.

Be sure to use the coupon code OBSCURE if you buy from whatskogame.com for some money off your purchase! Links at the bottom of the page.

There are various rumours going around that all shipments (including those from the Anbernic store on AliExpress apparently) are delayed whilst Anbernic fix some issues relating to WiFi. Strangely, I have also seen remarks around a d-pad fix from two different sources. Take this info with a pinch of salt, but it would explain the delays in shipping out.

This screenshot is allegedly a message from the Anbernic store.

Well it’s already turning into a bit of a shit show. Anbernic have decided to remove the WiFi from this device at the 11th hour, citing problems with noise interference whilst in use. Supposedly disabling the WiFi solves the problem, but for whatever reason they’ve decided to remove the module altogether. Retailers are offering order cancellations, or a $10 discount to keep the order active. Whatskogame have emailed their customers (top tip to Whatskogame, use BCC lol) and offered this solution already. I believe the Anbernic AliExpress store have done the same.

At this point it looks as though some units will be shipped with WiFi, and some without. It’s not a deal breaker for me, but I find it really confusing that Anbernic didn’t spot this problem until launch date.