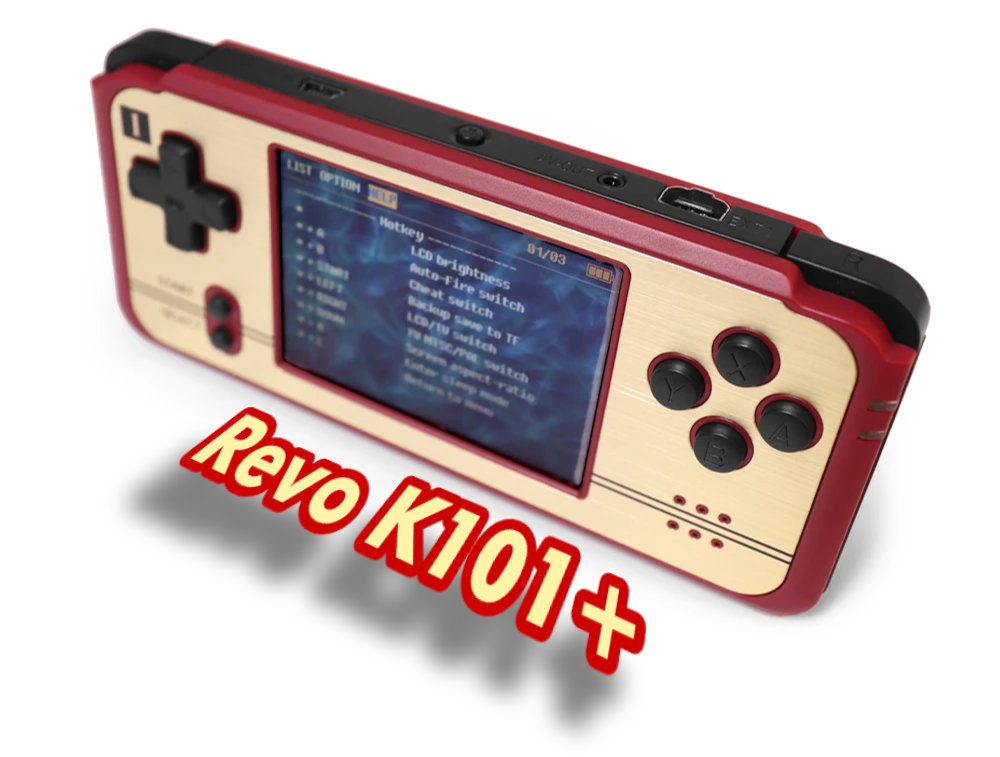 How time flies. It was nearly 8 years ago that the original Revo K101 GBA clone made its debut on this site. The handheld has been out of production for the past few years, but out of nowhere it has made a return – apparently with some improvements too.

Back in 2012 GBA emulator clones were very common. Those machines mostly used slow Ingenic JZ4725 chips which provided mediocre to passable performance. Born out of a love for the GBA hardware, the K101 sought to provide the best GBA experience outside of using a genuine console. By reverse engineering the real GBA hardware, the K101 was able to provide almost perfect performance for GBA games.

The K101+ came out in around 2015 and fixed some hardware bugs, but around 2017 the device faded away and it became increasingly hard to source. MaxZhou88 was the guy behind firmware, and he continued to release updates well into the handheld’s twilight years.

It’s with some surprise (and a serious amount of nostalgia) that we see the Revo K101+ make a comeback in 2020. Is there a place for a machine like this now? I can almost hear them saying “It ONLY plays GBA…?”. The truth is, this is one of the most niche handhelds in an already super niche market. I’m glad it exists, but I think it might struggle.

Regardless, the new Revo K101+ GBA clone is available to order right now, for $76. It comes in two new designs, the Famicom style and original GBA purple style. Personally I think the Famicom version looks the best. This latest version apparently has an improved d-pad and less wobbly shoulder buttons. The RTC is retained from the previous version too. You can also link to other consoles (authentic or clones) using the built in link port, and it charges with a mini USB cable. The Revo K101+ plays official GBA cartridges, or your own ROMs courtesy of the supplied K-Card.