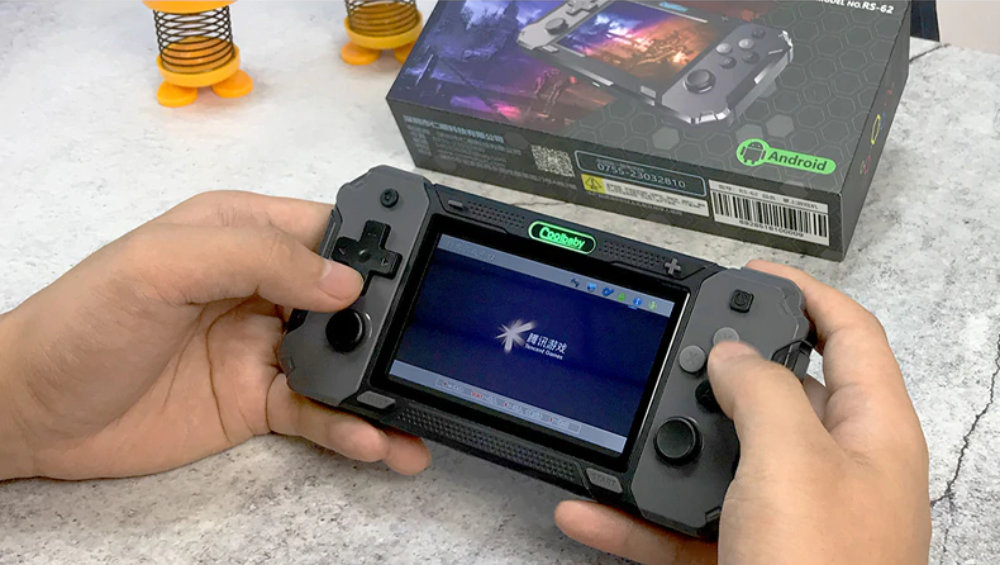 Just when things become a bit predictable, out comes something a little bit weird looking. The CoolBaby RS3128 (aka the RS-63 apparently) is a rather rugged looking Android handheld, although it’s probably not recommended to test that theory.

It’s been a while since we’ve seen a handheld with this kind of configuration. The RK3128 represents a weird middle ground somewhere between legacy and “current” (I use that term loosely) generation handhelds. It’s not as powerful as the RK3326 found in all of these new Odroid-Go Advance family of handhelds, but it is just about powerful enough to run Android.

And run Android it does, the CoolBaby RS3128 runs a heavily modified version of Android 5.1(!) with a custom launcher. It has a 4 inch 800×480 LCD but looking at specs and videos, it does not appear to be a touchscreen. The custom launcher seems to take care of that, allowing for navigation with the d-pad and buttons.

Speaking of buttons, how many is too many? This thing appears to have 8 front facing buttons, alongside a d-pad, 2 analog sticks and 2 shoulder buttons. It also has 2 full size USB ports on the bottom edge, allowing you to connect external controllers. Coupled with the HDMI port on the top edge, you could use this handheld as a console plugged in to the TV for some multiplayer action.

The last handheld to have this CPU was the SupBor Q400, but the biggest difference between these machines is the RAM config. Whilst the Q400 only had 256MB of RAM onboard, the CoolBaby RS3128 has 1GB. This is what allows Android to run on it.

Personally I don’t know if a handheld with these specs can be successful these days, but raw CPU power isn’t everything, and beauty is in the eye of the beholder. If the performance is decent it might be reasonably successful.

The CoolBaby RS3128 can be had from AliExpress for about $90 shipped.