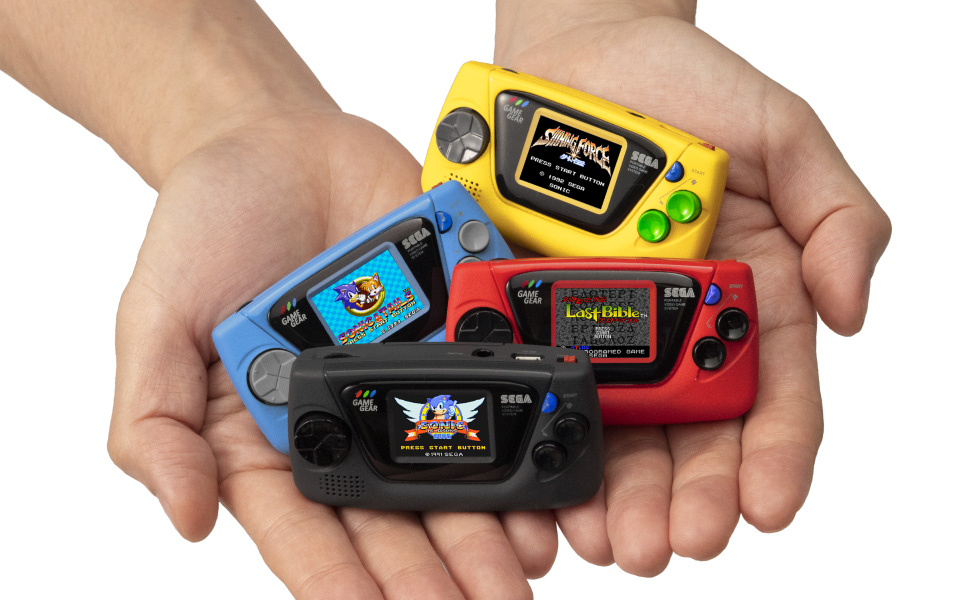 In one of the strangest moves from a gaming company I have ever seen, Sega have decided to celebrate their 60th anniversary by releasing a collection of ludicrously small Game Gear Micro handhelds.

The Game Gear Micro will be released in four colour variants, each containing 4 different games. The handheld measures just 8cm across, and contains a 1.15″ 240×180 display. The consoles cost roughly $50 each, but if you’re willing to buy all four they’ll include a scaled down version of their Big Window magnifying lens too.

Games included on each colour variant are as below.

The Game Gear Micro runs off 2 AAA batteries, but you can also play it when tethered with a USB cable. These handhelds will be available to the Japanese market in October, it looks as though you can pre-order them on amazon.co.jp now but they’re not cheap once shipping is factored in.

They’re certainly very cute looking, but ultimately quite useless. I kinda still want them all. More info at sega.com.

8 thoughts on “What Is This, A Game Gear For Ants?”