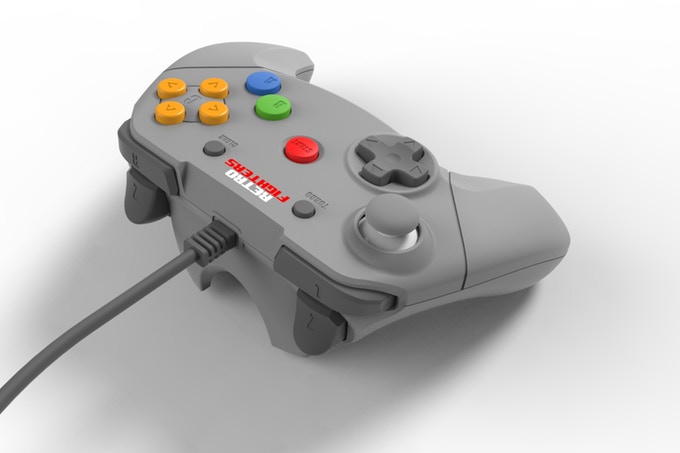 Until recently options were pretty limited if you wanted to replace your ageing and increasingly waggly N64 controller. You could either buy a knockoff from China, pay a silly amount for a third party Hori Mini Pad or replace the analog stick with a third party GameCube style one. The third option probably the most reasonable in terms of cost and longevity.

Well, if you thought nobody really cared anymore then I have some good news for you! A team going by the name of Retro Fighters have got your back, they’ve designed and are manufacturing a brand new controller for the N64. Gone is the mildly comical 3 pronged design, and gone also is the caveman like Analog stick. The Next Gen N64 controller looks to have all bases covered, and if you’re in need of a new controller then it’s probably a no brainer at $20.

They’ve taken a very logical approach to the L/R/Z issue by simply replicating Z as additional triggers on both the left and right hand side of the controller. By doing so they’ve done away with the need for a 3 pronged design and also managed to keep the size “normal” for a modern day controller.

The campaign has already beaten its goal by a long way, and with shipping supposedly only 3 months away then it’s probably worth a punt if you’re in need of a new controller for your N64. The team do already have at least one other product on the market, in the form of a modernised NES controller available on their website for $25.

I’m not familiar with their products, so I’m reluctant to recommend them but if you reside in the USA then they’re at the very least temptingly cheap. If postage to the UK wasn’t another $20 on top of the controller price then I’d definitely be in for couple already. As it stands, I’ll probably snag some at a later date in the hope I can find 2 of them for less than $80 shipped.

Check out the Kickstarter page here.