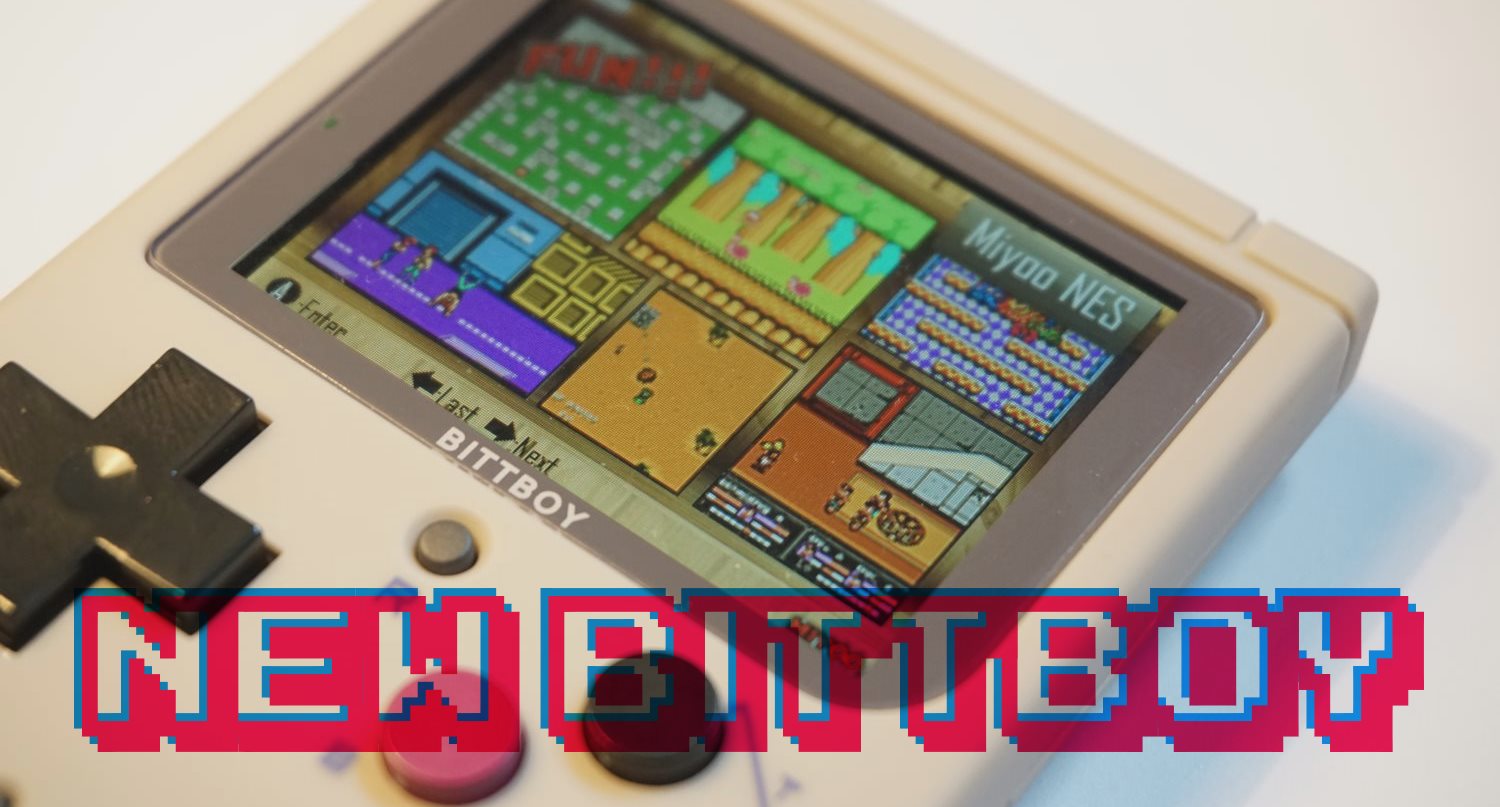 The original Bittboy was released in Summer last year, it was a simple machine with a bunch of built in NES games. The only thing that really made it stand out from the mountains of other NES clones was the nice form factor and good screen. Aside from that is was a generic device with a bunch of badly chosen ROMs pre-installed, with no way to swap them out. It was obvious to everyone what they should have done – ship it with no ROMs on-board and allow users to add their own via MicroSD. My review of the original Bittboy is here.

This month the New Bittboy was released and it does exactly that, with a few extra improvements to boot. The Bittboy team were kind enough to send me a free unit for review, and after playing with it for a few days it’s time to share it with you all. 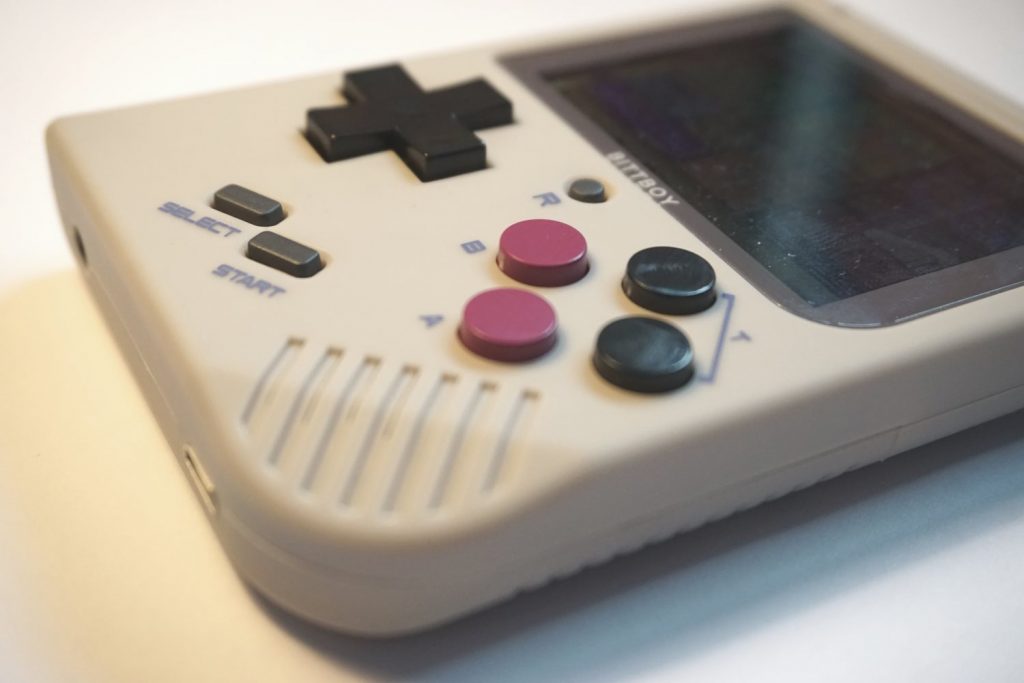 Compared to the original Bittboy, aesthetically it’s pretty much the same. They have however gone for a 2.4″ IPS display over the 2.2″ in the original device. It has to be said, the screen is beautiful. The viewing angles are amazing in every direction and the colours are bright, vivid and crisp. 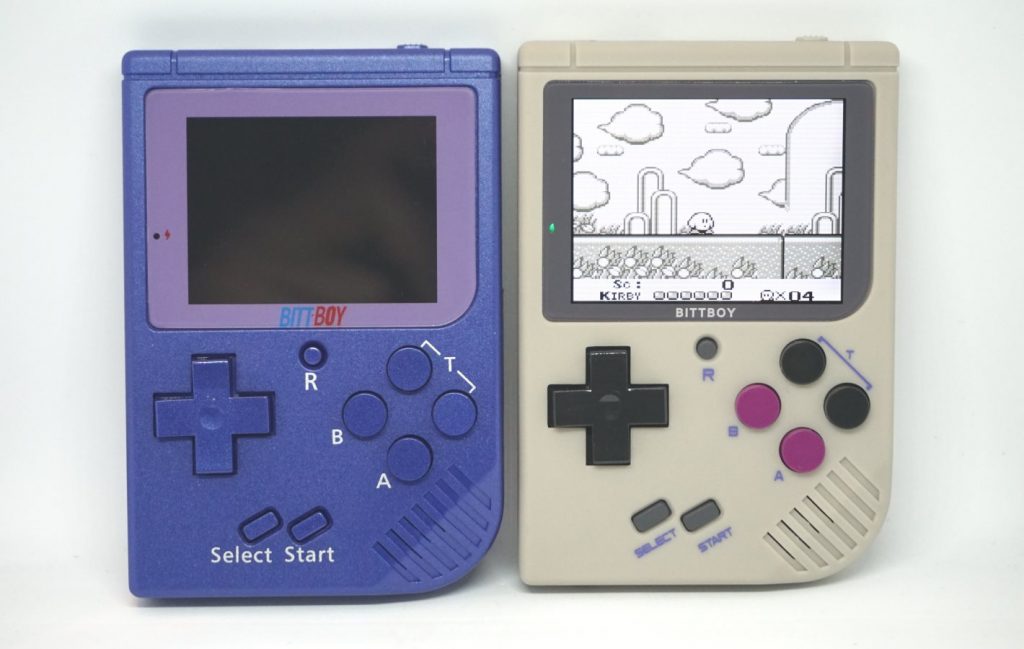 Other differences include removal of the volume wheel. The volume can now be changed by holding select and pressing A or B to move the volume up or down. The colour scheme has been modelled on that of the DMG-01 and it looks great, though the paint finish is super matte and feels a bit strange to the touch. 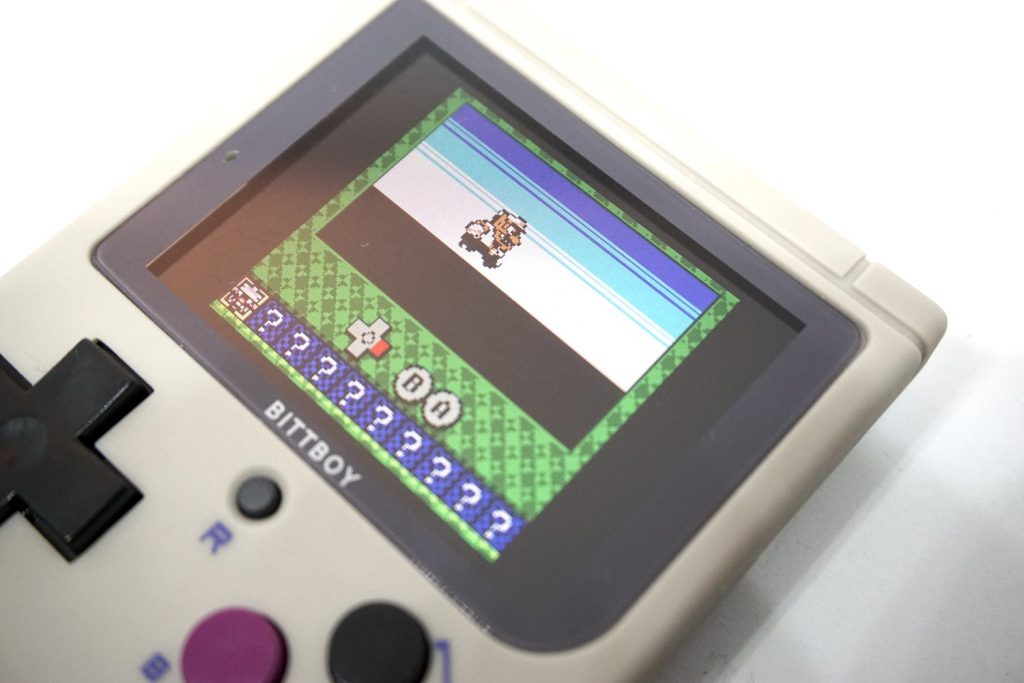 The biggest difference between this and the original version though is that when you switch the machine on you’re greeted by an OS that doesn’t look totally shit. The handheld won’t boot at all until you’ve inserted a MicroSD card with ROMs on it, as there are no built in games at all. Simply dump your ROMs with .gb, .gbc or .nes extensions directly on to the SD card and they’re recognised automatically in the 3 seperate pages  of the home screen. You’re not limited to NES this time around, it’ll also play Game Boy and Game Boy Color games. 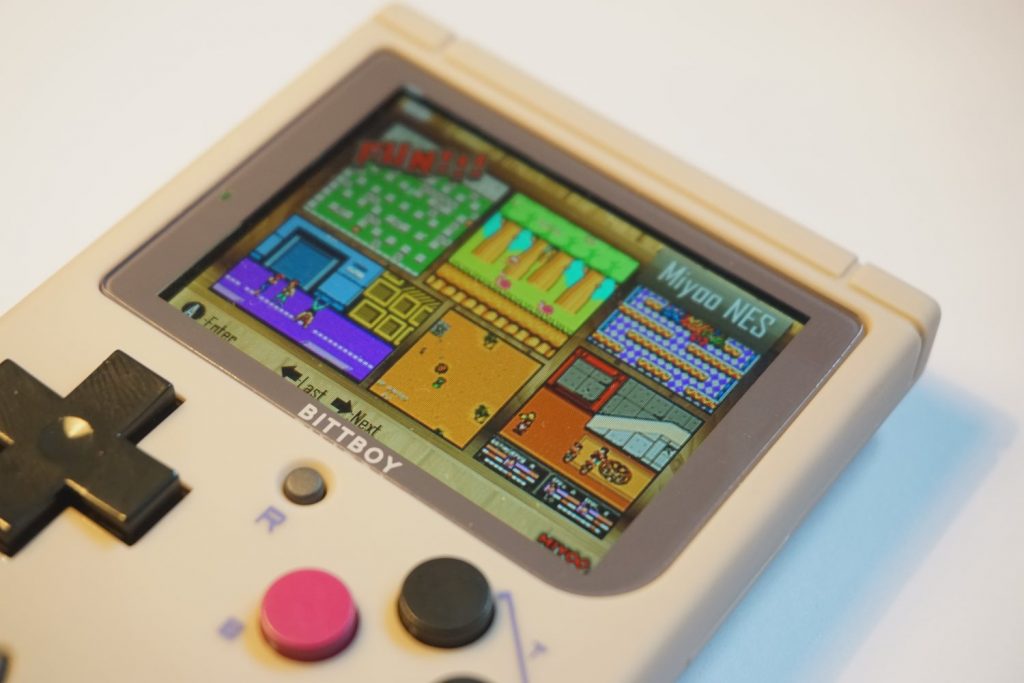 There’s not much to say about the emulation, except that it works as well as you’d expect for systems as old as these. I’ve noticed slight tearing in some games but it’s not really noticeable unless you’re looking for it. A nice touch is the in game menu – by pressing R it’ll bring up a menu that allows you to do 3 things: save state, change aspect ratio, enable TV output. 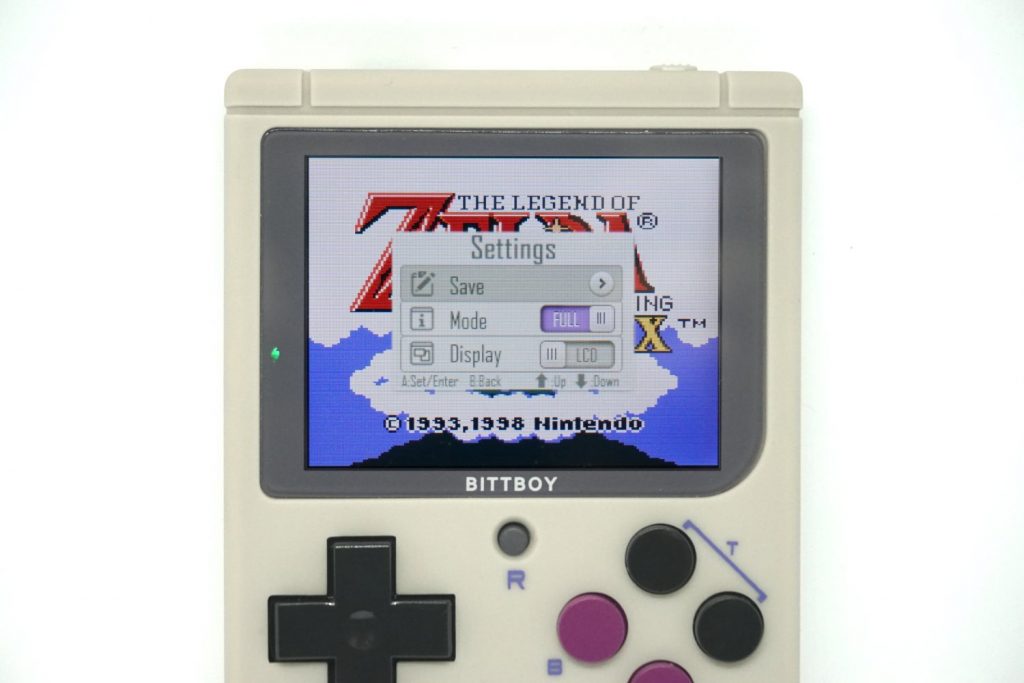 The aspect ratio can be switched between original and stretched to fill the screen. In GB and GBC the scaling method makes for ugly looking pixels in both original and stretched AR – 160×144 is an awkward resolution for a 320×240 screen which I believe the Bittboy has. NES looks great, presumeably because the 256×240 native resolution is closer to that of the Bittboy LCD.

Taking a look at the internals, we can see the chip is an AllWinner F1C500S. 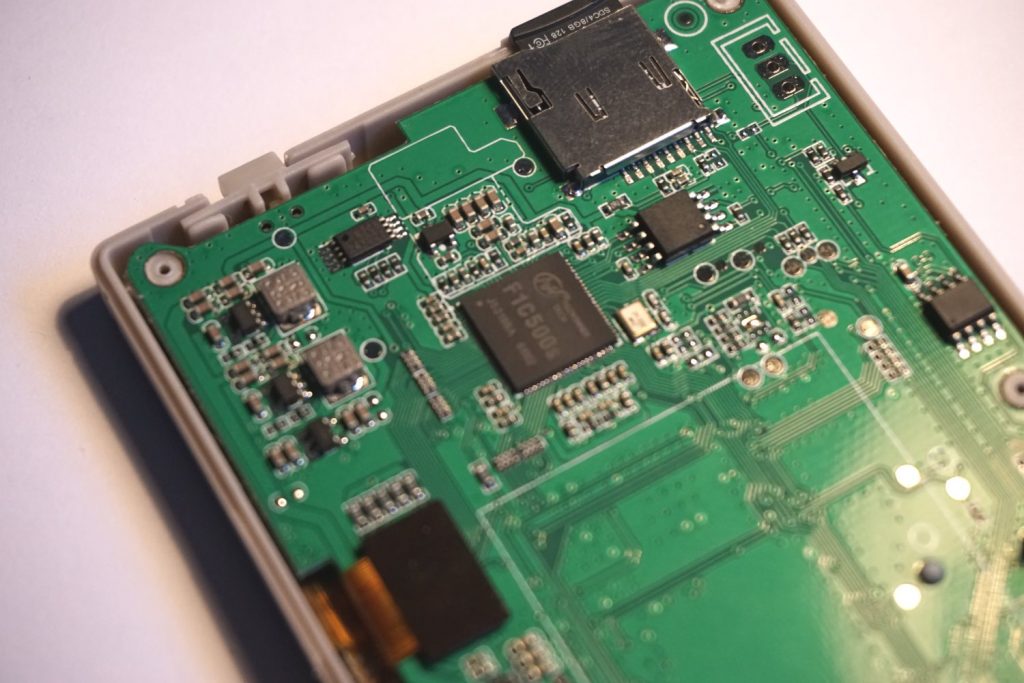 AllWinner have their own “Melis” operating system for this family of chips, which I believe is based on Linux. Poking around on the internet, it looks as though Steward (Our friend that first brought OpenDingux to the RetroGame) is working on bringing a custom Linux kernel to this handheld. He’s making some progress too. 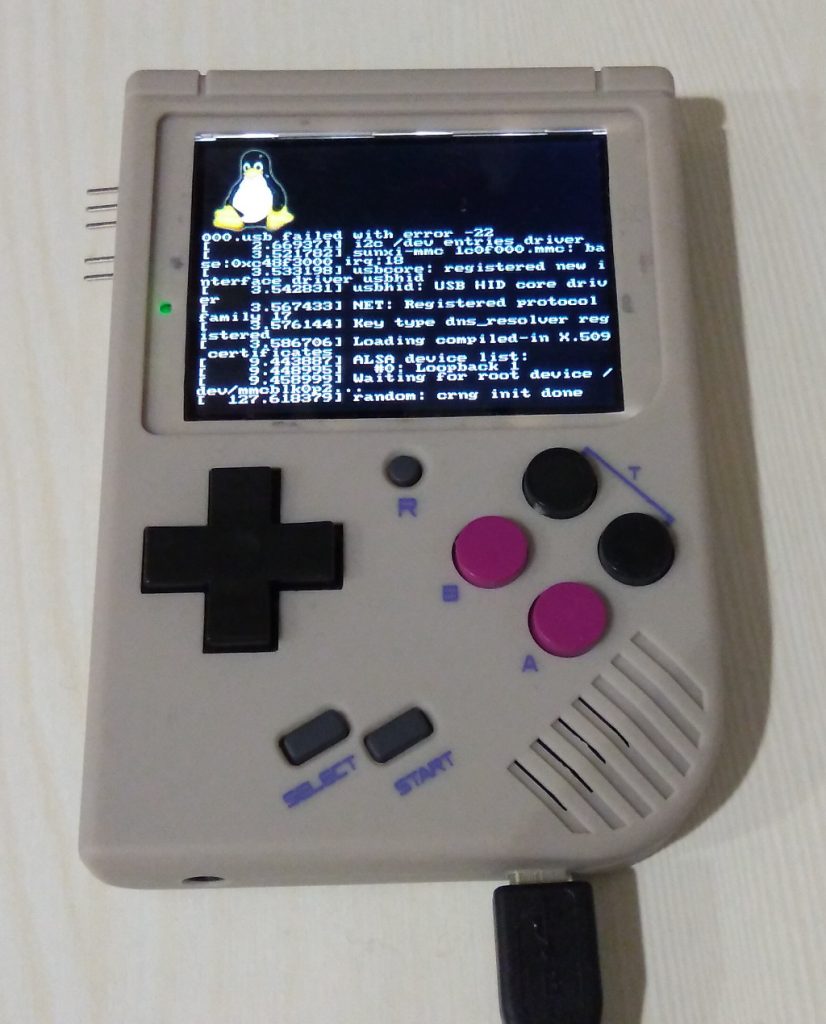 Overall it’s a good handheld which is limited to emulating older systems by  the current system firmware. I’m sure that if Useless or OpenDingux is ported to the device we’ll see improvements made and other emulators added, but the lack of shoulder buttons and the limited CPU power means we’re not going to be seeing SNES or GBA on this thing.

This is essentially what the original Bittboy should have been, and a vast improvement on the original device.

If you want to pick one of these up, they’re available on the retromimi website right now with the all new Custom Firmware pre-installed. The code happy2019 might still be working for 20% off too!

7 thoughts on “The New Bittboy”