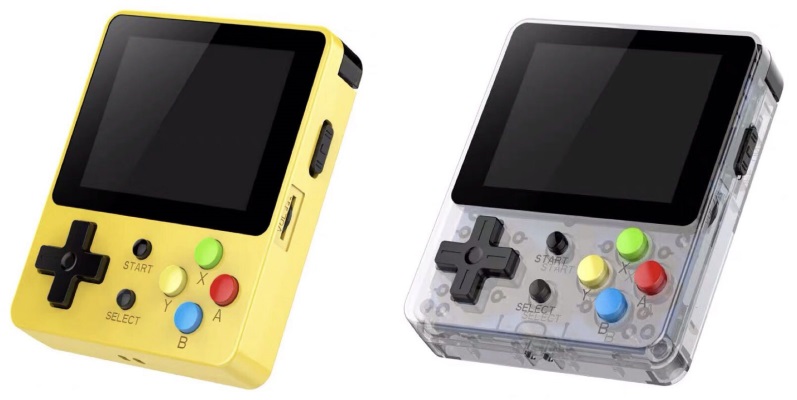 The Tieba Baidu forums have come alive with talk of a new machine from a new China manufacturer this week.

The machine bears a striking resemblance to the handheld project that Steward-Fu has been working on for the past couple of years, though Steward has previously said that his machine will never make it to mass production – so I don’t believe that this project is affiliated with him at this stage.

The manufacturer’s handle on Tieba Baidu is Xiaolongwang and he’s being coy about the hardware, blaming copycats as a reason to keep it under wraps for the time being. However, looking at the below screenshot it appears that the handheld is running some version of OpenDingux out of the box. This implies that it’ll be running some Ingenic JZ* variant, just like the GCW Zero, RS-97 and recent mini arcade machines.

So nothing new hardware wise (probably) but definitely an interesting step. This could be the first time we see a machine running OpenDingux (or variant) out of the box from China, and housed inside what appears to be a brand new shell too.

It doesn’t look as though the console is quite ready for mass release yet, there is talk of it being available on TaoBao under the sellers shop in limited quantity – (see below).

The seller shop is 聚游宝数码港, or translated it reads as Juyoubao Cyberport.

The sellers posts on Tieba Baidu can be found here. Google translate is your friend, most of the time. Other times all you get is stuff like this, which is hiliarious 😀

This console is now available with free shipping for $59.99 from retromimi.com. Around $10 more than the RS97 for similar hardware, but quite irresistible never the less.

It’s also available from Aliexpress too, for the same price.