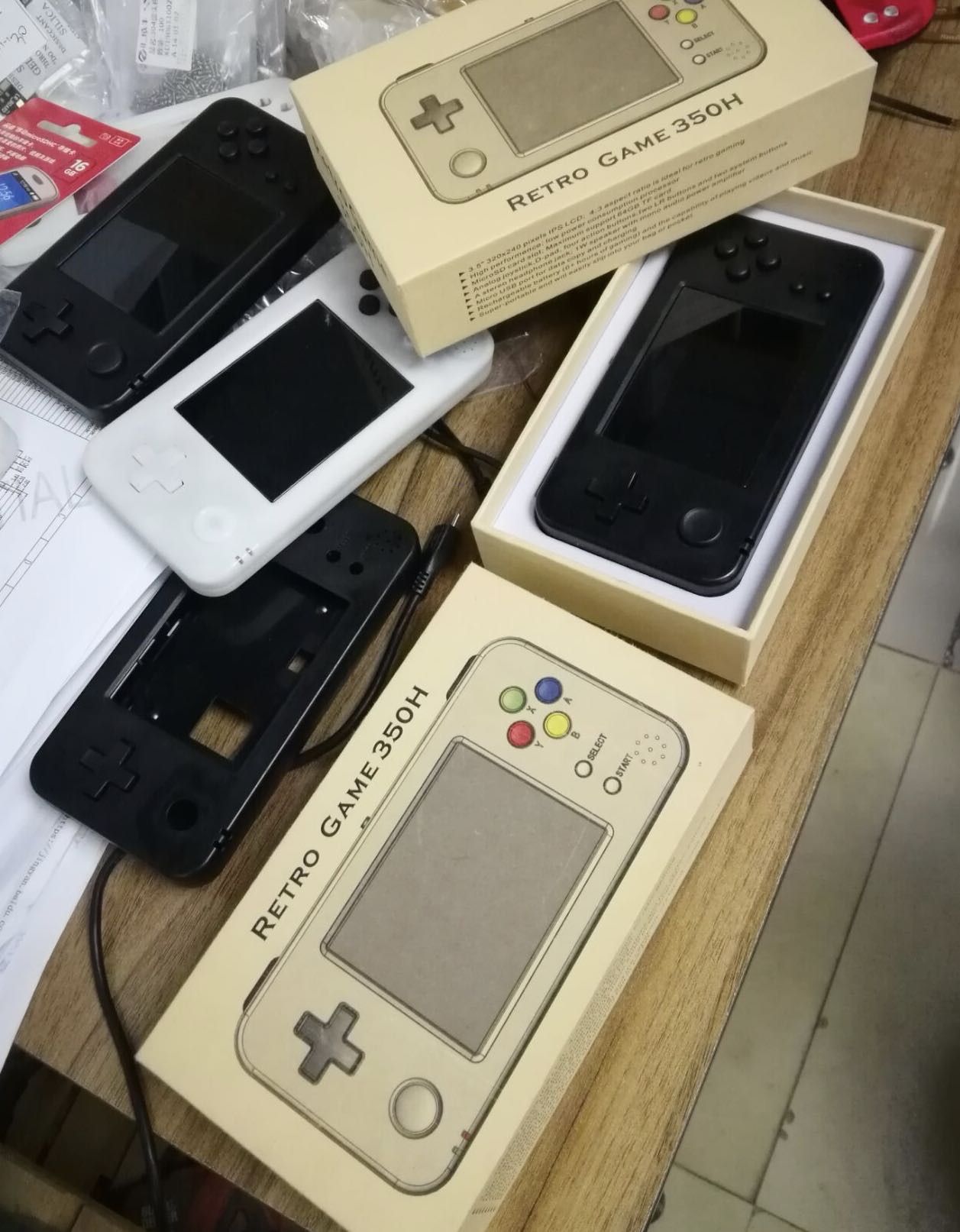 The release of TonyJih’s RG350 is apparently right around the corner, with some rumours suggesting that we’ll see listings go up on AliExpress at the end of this month. But if the manufacturers of the device were quietly confident of having a hit on their hands, they’re probably a little concerned to see a rival handheld that has very cheekily been nicknamed the RG350H pop up.

The GKD350H is now available at AliExpress for $80. Check it out here.

A very dark video of the RetroGame 350H (RG350H) actually appeared on Tieba Baidu a few weeks ago, but it was unclear at that point if the device was real or merely a trolling attempt by someone unhappy with the way the RG350 was turning out. But yesterday a new prototype video of the device surfaced, and by all accounts it looks to be the real deal.

Ordinarily there would be no need to make too much of a fuss, after all we’re seeing new handheld announcements at least once a month at the moment. The problem is though that the RG350 was due to be the most powerful non-Android (or Windows) handheld available since the 2013 GCW Zero, and now the RG350H is claimed to beat it.

Although the specs of the RG350H aren’t released yet, numerous comments on the Tieba Baidu forums state that the processor will be running at 1.5GHz. Some people are speculating that this is a move away from MIPS to ARM. MaxZhou88 (creator of the Revo) even stated the words “Quanzhi CPU” in a reply to the original post. If you google those words, you’ll end up with AllWinner’s website as the first result.

But it’s also worth noting that the previously unseen Ingenic CPU, the JZ4780, runs at 1.2GHz – it’s not too much of a stretch to imagine this chip overclocked to 1.5GHz. If the device is running this chip it will possibly even run one of our Open Source operating systems as stock.

Lastly, the Raspberry Pi4 is also clocked at 1.5GHz – but looking at the shell of the RG350H it doesn’t seem big enough to house one of those. The smaller Compute Module variant of the RPi4 isn’t available yet either.

Whatever this thing is, it looks to be in the final stages of development. Numerous commentors have suggested the release is “soon” and that we could potentially expect it around the same time as the RG350 – or at least by the end of September. With the RG350H’s “correct” d-pad placement and the promise of even more power it looks like it may give the RG350 a run for its money.

Update 23/8: An image of some shells, prototypes and the box has been leaked. The text on the box doesn’t tell us much, but here’s the transcript anyway.