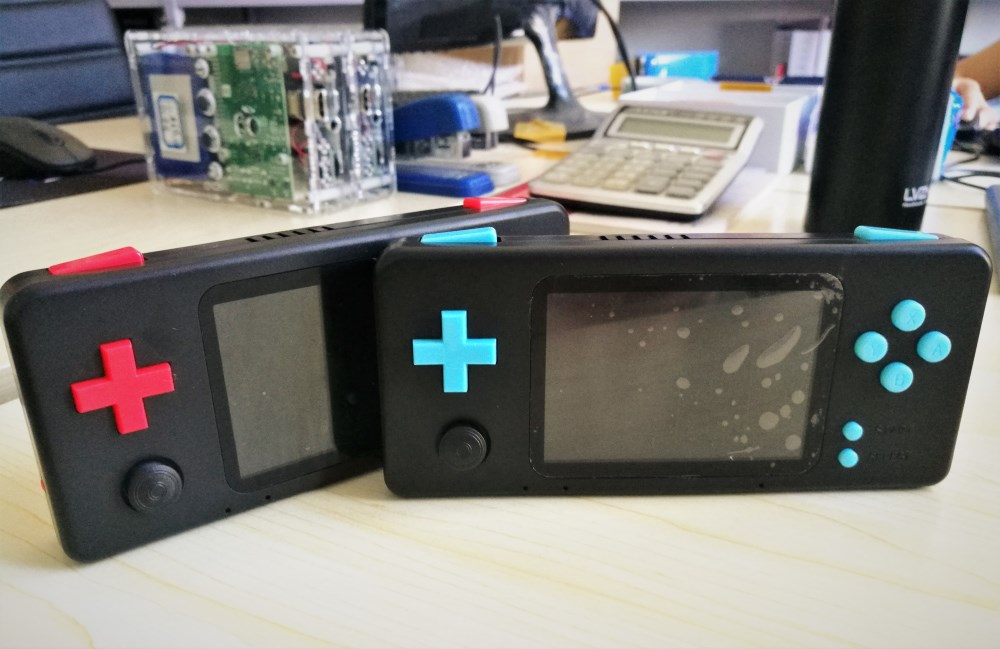 The Compute Module 3 (or CM3) is a shrunk down version of the Raspberry Pi3 designed for use in industrial and commercial appliances. Its small form factor is the perfect candidate for a handheld. Although there are many homemade and commercial handhelds available that contain the full size RPi3 board, they tend to be very chunky and can have a somewhat “made in the garage” feel to them. We’re definitely not spoiled for choice when it comes to Compute Module handhelds, although I have covered two on this blog previously in the form of the FreePlay CM3 and Creoqode’s Lyra.

KinHank’s RetroGamePi is the latest offering in this category, and is now available at the eye watering price of $199.99 with free shipping. This is around $15 cheaper than the pre-built Creoqode Lyra (before shipping) and roughly the same price as the kit version of the FreePlay CM3 (The FreePlay doesn’t have a pre-built option).

So how does it compare? Let’s have a look at some stats.

*Shipped to the UK. Prices for the Lyra and FreePlay kits may differ to other countries. The KinHank RetroGamePi is free shipping worldwide.

So whilst there’s no far and away winner here, Kinhank’s machine has the cheapest pre-built price, the largest cell, built in WiFi, the best screen technology (IPS) and an analog stick. Despite the lack of a HDMI outout, in my opinion this makes it easily the best choice of these 3 handhelds.

The analog stick is the same as found on the PS Vita, and when I asked KinHank to confirm they did say it was genuine analog. The KinHank RetroGamePi runs on Lakka which is the official Linux distribution of RetroArch and the libretro ecosystem. Whilst in heavy development it is currently very functional, and will only get better as development continues.

If you’re after a CM3 based handheld, currently the cheapest place to get KinHank’s system is on their website. It’s $199.99 and ships worldwide for free in a choice of 3 colours.

12 thoughts on “Is KinHank’s Handheld The Best CM3 Machine Yet?”