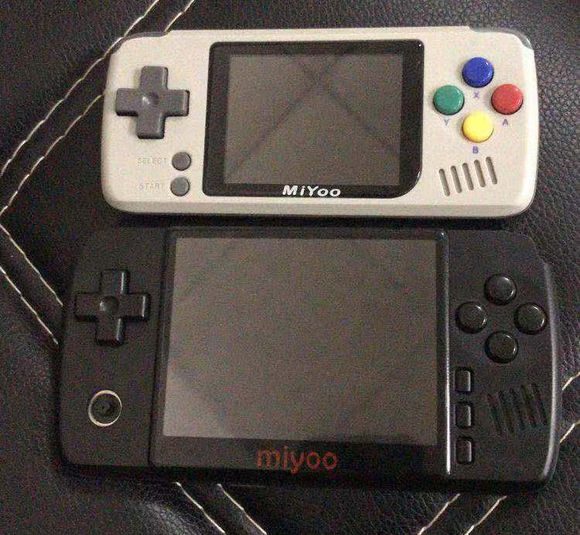 For the Chinese market, the PocketGo goes by the name Miyoo. It’s the same device albeit with a grey shell colour and different branding on the screen lens. The team behind Miyoo (aka BittBoy and PocketGo) are working on a new handheld which as yet doesn’t have a name.

There are very few photographs of the unit available, and those that are circulating are of a prototype unit. The best of the ones I’ve found is posted above. (Update 7th September: new images below)

The team behind the device have said that there will be a video and more images of a production unit available next week.

This new handheld will house a 3.5″ 320×240 IPS display and be powered by the Ingenic JZ4770. This is the same chip that’ll be in the upcoming RG350 and the same the one in the now extinct GCW Zero. For anyone familiar with the GCW Zero it’s obvious that they’ve based the new Miyoo unit on it. There are some differences in the layout of the start/select buttons and the speaker grill but overall the device looks very similar. Obviously the grip from the analog nub is missing in this proto unit.

I am told that the display will be driven at 60hz (woohoo) and that it will not have L2 or R2 buttons (boooo). New images show that unit does in fact have L2 and R2. Apparently one of the main draws of this device over the RG350 will be the price. We can take that to mean it’ll be cheaper, but by how much is anyone’s guess at the moment.

If production images and video are available next week, it’s likely that the device will be on the market pretty soon. Perhaps to compete with the RG350 and RG350H.