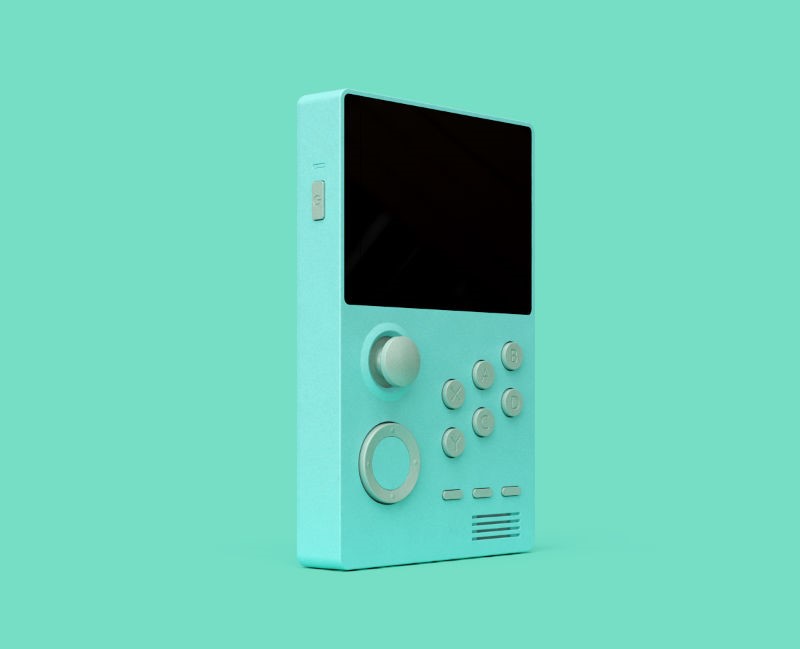 The Super Retro Handheld runs on a heavily modified version of Android. It runs a custom launcher designed originally for browsing and launching arcade games, but capable of supporting many other systems too. This model sports 6 face buttons, a strange looking circular d-pad and an analog stick, as well as Home, Start and Select buttons. There aren’t any shoulder buttons on this device as its primary use is for arcade games.

There are 2 English speaking YouTubers with videos of this thing released, Taki Udon and ETA PRIME. This is where the drama starts! Although these devices were technically available to the public, the site seems to be some kind of cash grab from a drop shipper. The units on this site are heavily marked up in price and apparently far from being finished units. They’re Engineering Samples and as such have many bugs and other issues yet to be ironed out, but ETA PRIME provided links to buy the device apparently knowing all of this.

According to Taki, some of the problems to be fixed include:

In ETA PRIME’s video you can see the issue with the LCD bubbles. It’s possible that he missed it whilst filming though.

Whatever the truth is, be aware that there will be another round of Engineering Samples available on wecanLLC before retail. It’s also possible that the circular d-pad will be replaced for a standard one before the retail units are released. If you’re interested in getting one of these, the retail units will be available on AliExpress and possibly Amazon too. I would wait for those.

Drama aside, this device does look interesting. It’s a shame that the lack of shoulder buttons preclude it from comfortably emulating certain consoles, but for a portable arcade emulator it looks as though it’ll be great. Assuming the current issues are fixed prior to release of course.

It looks as though PowKiddy has put its name on this device and is selling it on AliExpress already. These units are apparently not retail devices. PowKiddy is insisting that the manufacturer supplies units prior to official release due to pre-orders advertised by unofficial retailers. The final finished unit will still be available in late December (and will apparently still likely have a real d-pad on it). The whole thing is a mess! If you’re after one of these things, hold your horses until official release 🙂