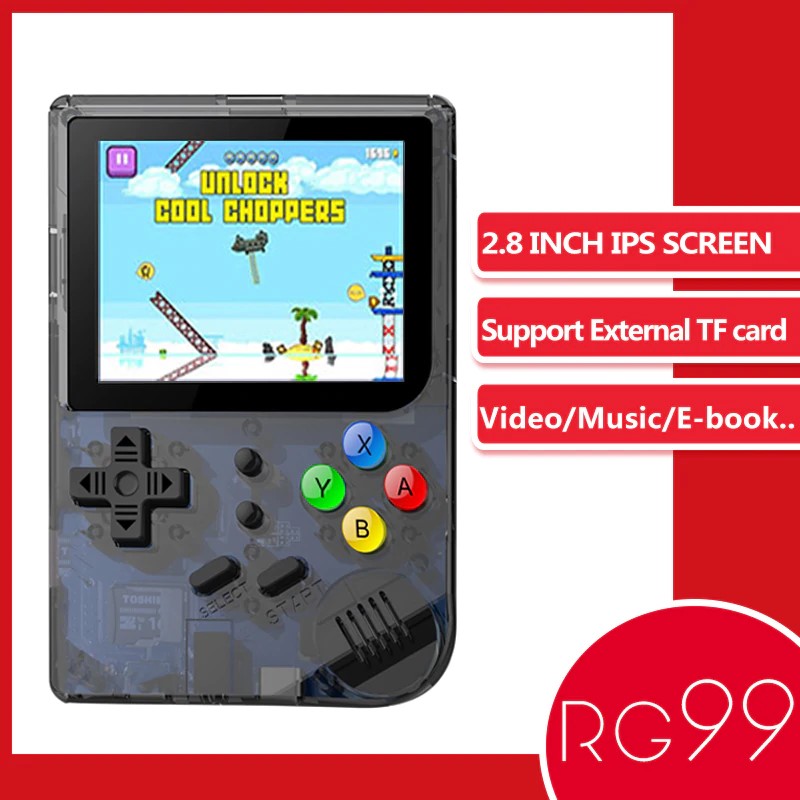 The RG99 is a new portrait mode handheld that has recently appeared on AliExpress. It shares the same shell as the RG300 so you’d be forgiven for thinking it’s a rebrand or clone. But under the plastic exterior, the RG99 isn’t what it looks like.

The RG99 quietly appeared at various retailers on AliExpress a while ago now. I’ve been trying to figure out exactly what it is, as the listings typically don’t share any information regarding the CPU or software.

The first clue is that there is no secondary microSD slot underneath the battery. These images come courtesy of a user on the RetroFW discord server.

But the main difference, and the reason these are cheaper than the RG300, is visible once you check the mainboard.

In fact, as you can see above the RG99 isn’t capable of nearly as much as the RG300 in terms of raw power. That’s not to say the JZ4725B is useless, in fact the work that pcercuei did on the RS-90 Retromini has turned the machine into a beautiful little handheld. But can we expect the RG99 to get the same treatment? Probably not, at least not right now. For now you’d be stuck with the stock firmware, which is likely to be pretty poor.

If you’re after a device with this formfactor, it’s advisable to spend the extra few dollars and go for the trusty RG300. With the RG300 you’re getting a machine with a robust and mature custom firmware in the form of RetroFW, as well as the raw power to properly emulate some more demanding titles.