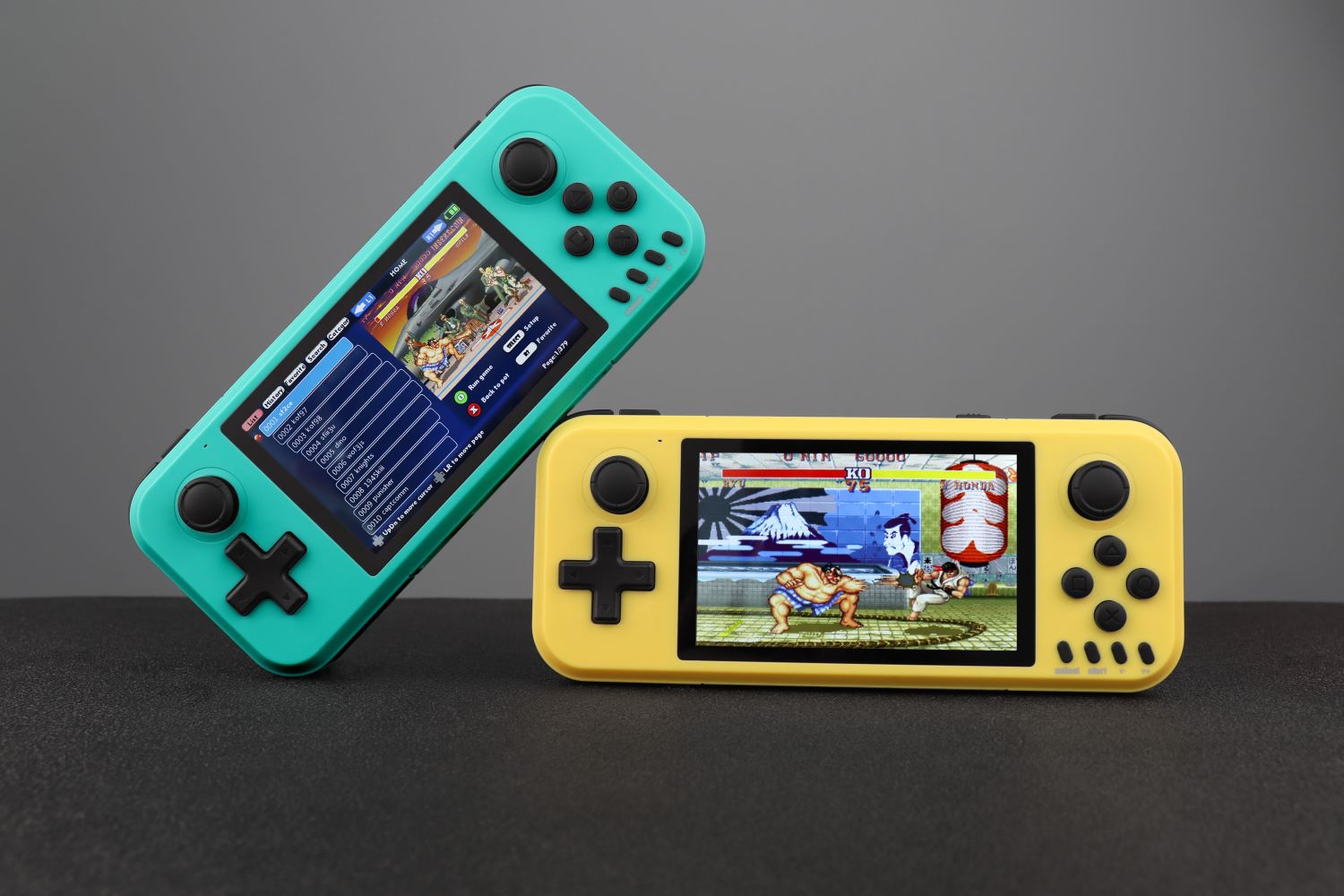 The elusive Q400 is now available to pre-order! And according to a user in Discord, the Q400 has had some pre-release upgrades since we first saw it.

Firstly, the poor quality LCD in those early units has apparently been replaced with an IPS panel. The Q400 promotional material stated 800×480 for the previous panel, so hopefully that remains in the replacement. The poor viewing angles were the biggest complaint on the Chinese forums back in January, so maybe the manufacturer has taken note.

Secondly, the UI has been overhauled. It’s not clear whether this is an entirely new OS or just a re-skin, but it looks better than the earlier version. The promotional material states that the OS is built on Linux, and that can be interpretted in many ways, but there is word that it now runs RetroArch. The advertised RockChip RK3128 does support Linux, so there is a possibility for some community development too.

The handheld is now available in teal and yellow. I would assume that the black version will also carry through to the final product, but we’ll have to wait and see.

This device has been seen in the wild for a while now, and it’s only just become available to pre-order at supbor.com. It’s unusual for a device like this to be around on the internet for so long without being available. It reminds me of the DigiRetro Boy, which also took months to show up.

Another new video shows the device running RetroArch, but it’s not confirmed whether it will ship with RetroArch yet. The OP of the video has also said that the device will be Open Source.

You can now pre-order the Q400 for $80 shipped worldwide. It’s great to see a move away from old Ingenic chips in to a new era of powerful ARM machines. This should be an interesting year!