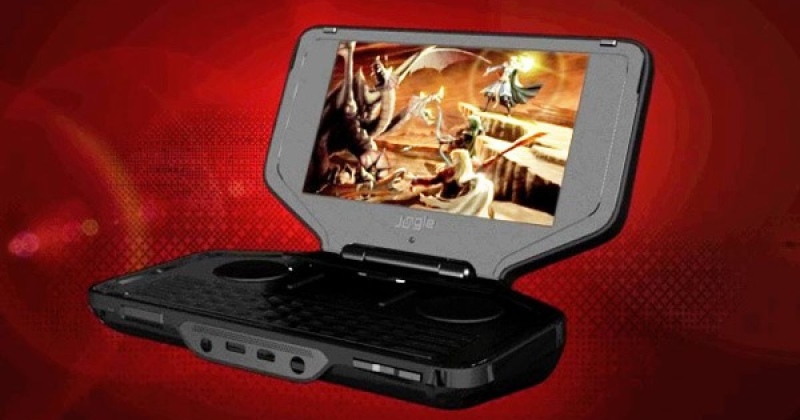 Well this is an unlikely and rather surprising turn up for the books. Japanese firm Panasonic (or their newly founded offshoot company ‘Panasonic Cloud Entertainment’) are reportedly working on a new handheld device with the sole purpose of playing MMO games on the go. The machine is said to run on Linux, have a super high resolution screen and a full keyboard as well as gaming controls of some sort.

A possible launch title for the device has been named as a “Battlestar Galactica” MMO, and some kind of downloadable web show entitled “Online Underground” has had a mention too. The Jungle has already featured on MTV on Rob Dyrdek’s Fantasy Factory so there are more than just renders doing the rounds at least. No word on specs or release date as yet, but they’ll get posted here as soon as they’re made public.

More details are definitely required before an opinion can be properly formed, but I have to say I am more than a little doubtful that this will be a success. If the device really is marketed toward MMO players then they have a tough crowd to crack. Convincing long-haul gamers to venture outside, leaving behind their i7s and their 24inch monitors and their huge comfy leather chairs may be more of a task than they think.