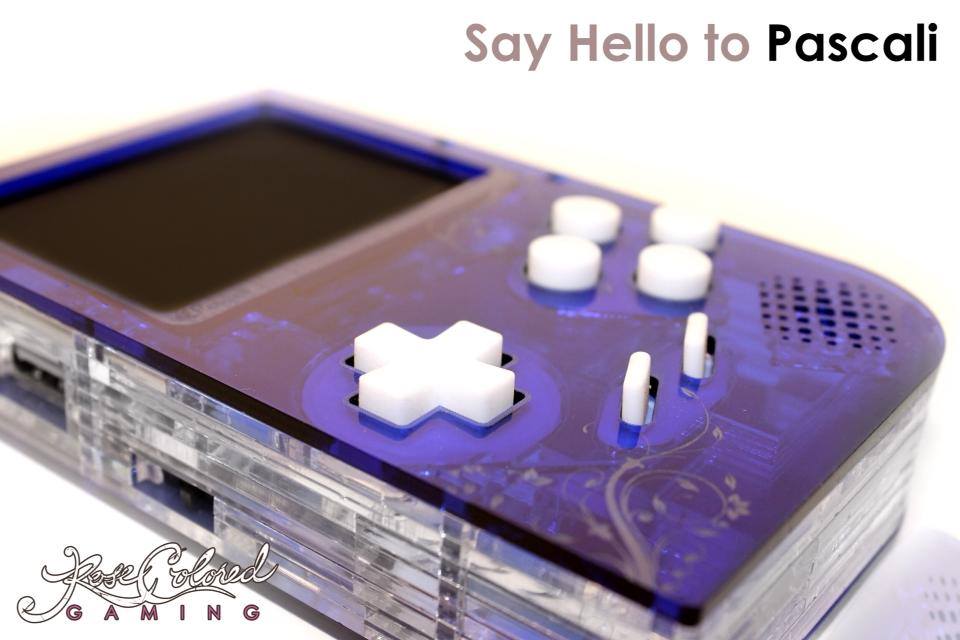 Nope I’m not dead yet, I just got a bit bored with the stagnating pool of mediocre Android powered handhelds from China. Maybe I should be digging deeper to find the interesting stuff, but honestly I haven’t really had the inclination to do so recently. It’s a mixture of guilt for neglecting this place, and news of something that is at at the very least quite interesting that brings me back here to share some info on the Pascali from a company called Rose Colored Gaming.

I’d never heard of this company before, which is just as well ‘cos a few years ago I probably would have happily emptied my bank account into theirs for some of their beautiful custom GBA cases and backlight mods. Just have a look in their gallery and commence drooling! The fact that most of their stuff is out of stock is a blessing and a curse to be honest!

It was a reader named Louis that brought my attention to a handheld they’re working on called the Pascali (thanks Louis!). Essentially it’s a Raspberry Pi (version 1 for now) powered machine housed inside a laser cut acrylic case, loosely based on the original Game Boy aesthetic. It’s bloody gorgeous, chunky and colourful and when it’s available it’ll cost somewhere around the $300 mark. That’s a lot of money, but my impression is that this is probably a very small team who are hand making these, and it’s taking them a lot of time and money to pull it off.

Here’s what the makers say about it:

Raspberry-pi based. Plays over 10+ systems at full speed including:

Finally the unit can be plugged into a TV via HDMI and used as a console with controller support coming from USB. This unit has a mirror finish with graphic design done by Wig. Case is laser cut/laser etched. Personalized etching options for the front MIGHT be an option.

Hope everyone likes it!

As far as I can find, there are no photos of the latest case which will have shoulder buttons mounted on the back, but for now you can ogle the pics below and have a look around their Facebook page to see what they’re getting up to. 6 thoughts on “Hello Again, And Look At This…”