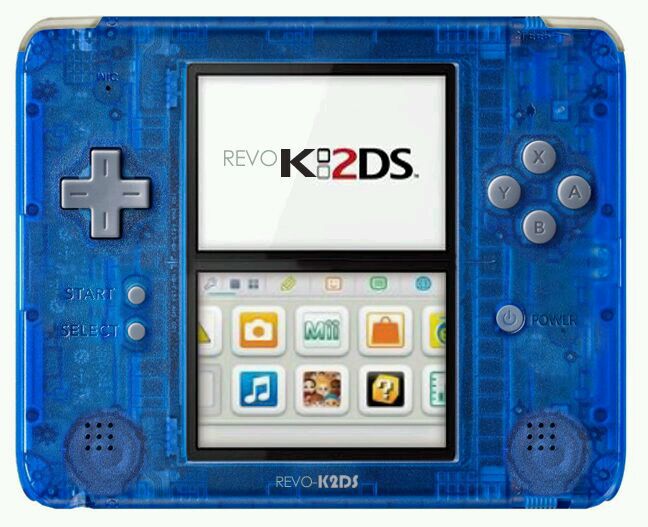 A couple of years ago the K-Team (the guys behind the hardware inside the K1 and Revo K101) were making some decent progress on a reverse engineered Nintendo DS solution. You’ve probably seen the video of their development board in action, but if not here it is.

Unfortunately development stopped in 2013 or 2014 due to lack of funds. Whether or not the team have now picked up where they left off, or if Max Zhou and his team are now carrying the torch I am not sure. I’ve reached out to the K-Team and will update if I get any news.

Anyway, the point is that the hardware has now reached a stage where it is small enough, and Max deems it stable enough to create a real functioning handheld with it.

The image at the top of the page is what looks to be the only real image of the device, but it obviously went through a couple of revisions first. I kinda like the flip out screen but it looks fragile. This below is ingenious. It allows for turning the device 90 degrees anti clockwise and playing in widescreen mode. Nice in theory, but how many widescreen games are supported by the DS, either native or emulated. Perhaps none. Also it means you sacrifice the shoulder buttons. The final design (if indeed this is the final design) makes the most sense to me. It obviously takes a few design cues from the 2DS, but Max’s version is far better looking in my opinion.

It has to be said that since the NDS can be hacked wide open with nothing but a $5 flash cart, it’s hard to imagine which market this is intended for. Perhaps the ‘curious geek’ market is big enough to make this worth manufacturing, but we will have to wait and see if it does indeed make it to mass production. My NDS days are pretty much over, but I’d probably get one if the price was right, if only for the novelty factor.

You can check out maxzhou88’s thread on the Baidu forums here.

Thanks to shicky256 for pointing me to the Baidu thread.