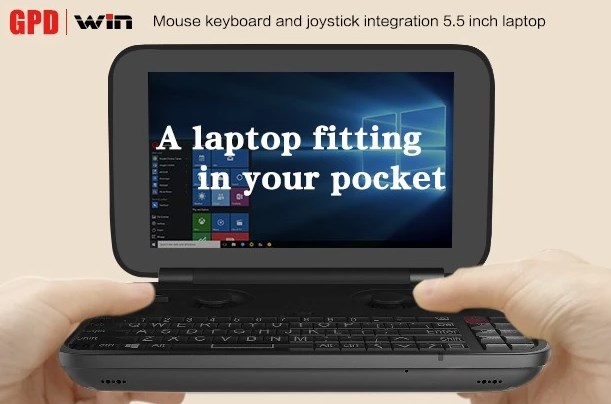 It started in December 2015 as a bit of back and forth between GPD staff and the community of the Dingoonity boards – talk of the possibility in them building a Windows 10 handheld. Some (very) rough ideas were posted by the GPD team and discussion begun.

61 pages later and things have really begun to take shape.

The project is officially go, and an Indiegogo campaign has begun to raise the capital to make it happen. I must admit, given GPD’s good track record and obviously decent R&D budget I don’t know why crowd funding is required to get this thing off the ground. I suppose this is a machine with more of a niche market than an Android Handheld, and more expensive hardware is required to power it – so the risk for GPD is greater.

Update: If you check the comments, you’ll see that Kendy from GPD has stated that the project will go ahead whether the target is reached or not – so no worries there 🙂 Being a former Pandora owner, I find this thing very intriguing. I don’t really know what I’d use it for though. It’s too small to be productive with, and Android emulation is so mature now that in some cases it will beat a Windows equivalent – at least on the low end hardware found in the GPD Win. Having said that, I don’t think I can live without one 😀 The special price for backers is $300, not an obscene amount in my opinion. The delivery has been set for October 2016, and the timeline is laid out like this: I wonder what the Pyra crowd think of this thing? For me it’s an easy decision. Linux, especially on a tiny screen when you don’t know what you’re doing, is not as user friendly as Windows, and I really like Windows 10. I don’t know if I will back the project or not, but I will undoubtedly buy one of these once they’re available. I might hold out until April at least, just to see the prototype first. What do you guys think?

And lastly, here are some high resolution renders of the device.

Thanks to Victor for sending this in!

Update 4/3/16: As of writing, the $100,000 goal has officially been beaten. The project currently sits at $118,000  with just shy of 2 months to go. It’s safe to say that GPD are going to be doing some celebrating this weekend! Kendy has also confirmed in the campaign comments that the Win will now officially be upgraded to the x5-Z8550, from of the Z8500.

34 thoughts on “GPD Are Back With Something A Little Different, The GPD WIN // UPDATE: Target Smashed!”