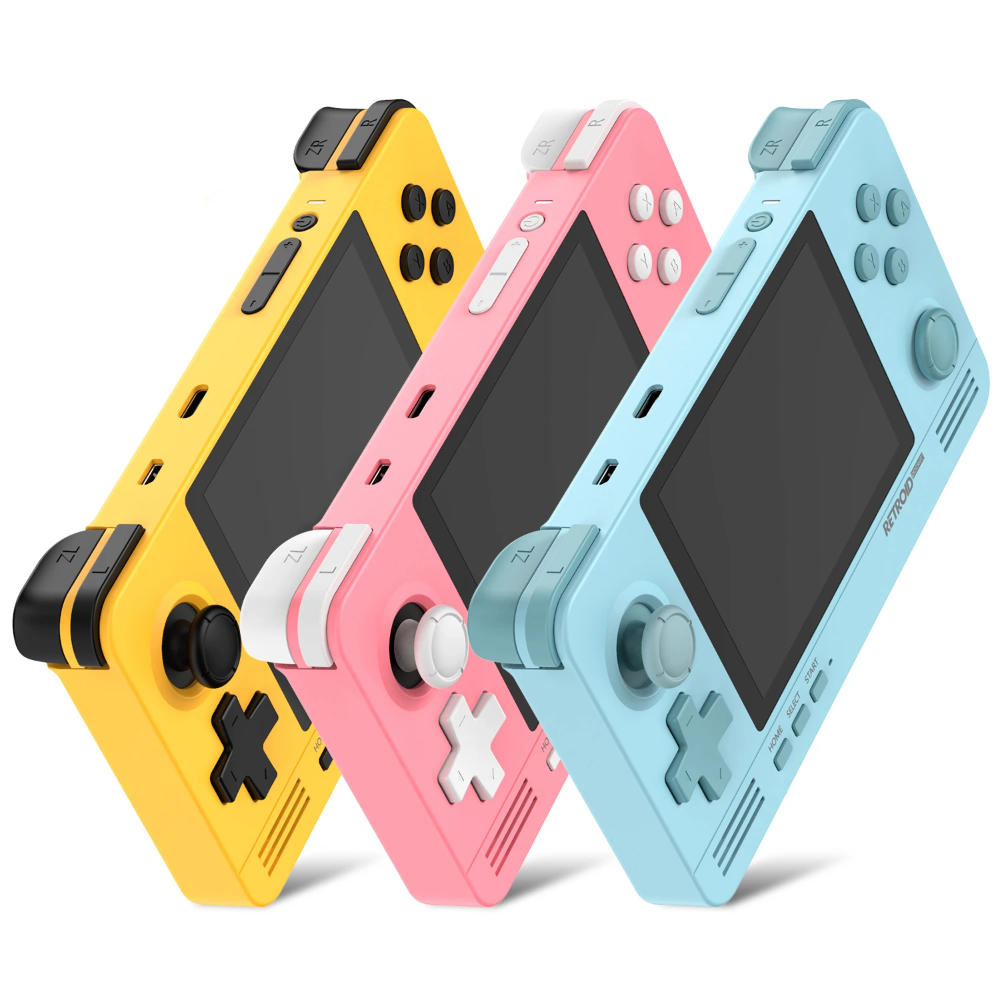 The Retroid Pocket 2 is the most recent handheld from MooreChip Technologies. It’s a rethink of their Retroid Pocket (aka Super Retro Handheld aka PowKiddy A19) from late last year, with some improvements.

At first glance it looks as though the redesign is mostly skin deep, utilising the same MT6580 as before. They have increased the RAM from 512MB to 1GB though, and it looks like the CPU might have been overclocked to 1.5GHZ too. The MT6580 isn’t a particularly powerful chip, falling somewhat behind the RK3326 found in the OGA and similar devices.

The Retroid Pocket 2 is configured with the option to dual boot, just like the later versions of their first device. It allows you to either boot in to Android 6, or a Pandora’s Box type interface. This device doesn’t appear to have a touchscreen, so the second boot option is probably tailored for non-touchscreen devices. It would have been better to just come up with a proper single boot solution I think, instead of relying on two different options in order to cover all bases.

One of the selling points of this device is the ability to play local multiplayer via netplay. Netplay is a feature of RetroArch and it relies on peer-to-peer networking over your WiFi connection. Whilst it’s a nice thing to have, I believe you need an active internet connection to make it work. I may be wrong though and it will be interesting to see how the Retroid team have implemented this feature.

The front of the device appears to have two analog sticks, but on closer inspection this is not the case. The stick on the right hand side is recessed almost flush to the front of the unit and is tagged as a “digital” stick on the website. I’m not sure of the reason for doing this over actually having a second analog stick. The front of the unit also has the standard 3 buttons required for navigation of Android. There’s also a HDMI output, headphone output, expandable storage via microSD and a USB-C charge port too.

I really like the look of the Retroid Pocket 2, it’s chunky and playful looking but has also had a lot of thought put in to the design. The stacked shoulder buttons are a really nice touch and I hope other manufacturers go this route in future.

Unfortunately the choice of CPU and non-committal dual boot option is a deal breaker for me. At this point I feel anything less than an RK3326 is a bit of a step backwards. It’ll be interesting to see which direction MooreChip go with their next device though.

The Retroid Pocket 2 is available now at goretroid.com and costs $80 plus shipping.

58 thoughts on “The Retroid Pocket 2 – New And Improved?”