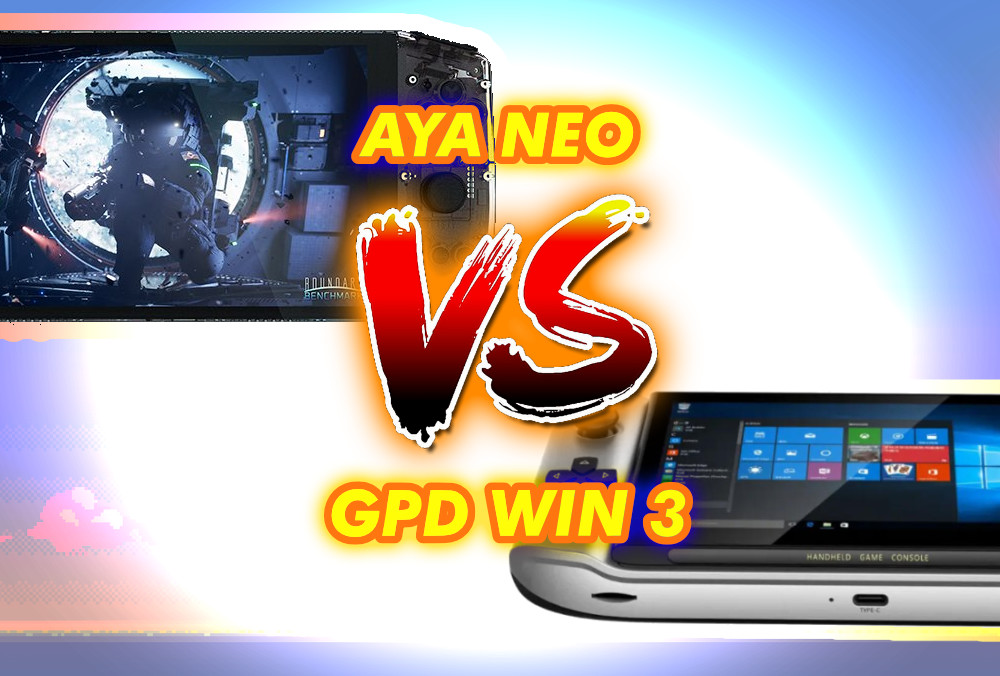 The last couple of days have seen the confirmation of two new Windows based handhelds due to be released soon. GPD return with their highly anticipated Win 3, whereas newcomers to the game AYA are set to release the AYA NEO in China very soon.

These aren’t run of the mill handhelds for us mere mortals. Both of these machines are packing powerful PC based hardware and run an OS to match, with both devices running on Windows 10. GPD have opted for an as yet unconfirmed Tiger Lake U CPU from Intel, whereas the AYA NEO will contain AMD’s Ryzen 5 4500U.

One of the biggest differences between these devices is the presence of a keyboard on the GPD device. The LCD slides vertically to reveal a small but functional looking keyboard underneath. Both devices contain a multi-touch capacitive touch screen but the AYA NEO doesn’t have a built in keyboard.

The AYA NEO “Founders Edition” is currently available for pre-order but only to Chinese residents. The Founders Edition is selling to those eager buyers for $600. It’s not yet known if it will make it’s way to the West but it’s likely to cost a lot more if it does. The maker has stated that the $600 early backers price was an under estimate of the costs, and further batches will cost more. If the maker decides to release the AYA NEO to us Westerners, he has said it will likely be via a crowd funding site such as IndieGoGo.

The price of the Win 3 is not yet known, but we can perhaps expect to see a couple of variants to cater for different budgets. This machine will be widely available worldwide and will very likely cost a lot more than the AYA NEO.

The latest GPD Win 3 info was recently leaked on a Chinese forum, which prompted the video below. The Phawx has gone over all of the leaked info in this video, and shows how the device has evolved since its inception.

Likewise, the AYA NEO made its official debut on YouTube recently with the maker discussing the route he took to get the device in to mass production.

It’ll be interesting to see what impact these handhelds have on the market, if any. Their price makes them rather exclusive and they cater to a different type of gamer compared to the cheaper Chinese handhelds. Obviously emulation on these handhelds is going to be exceptionally good, but I feel that most buyers will be more interested in the performance of AAA PC titles. That’s what they’re really designed for, after all.