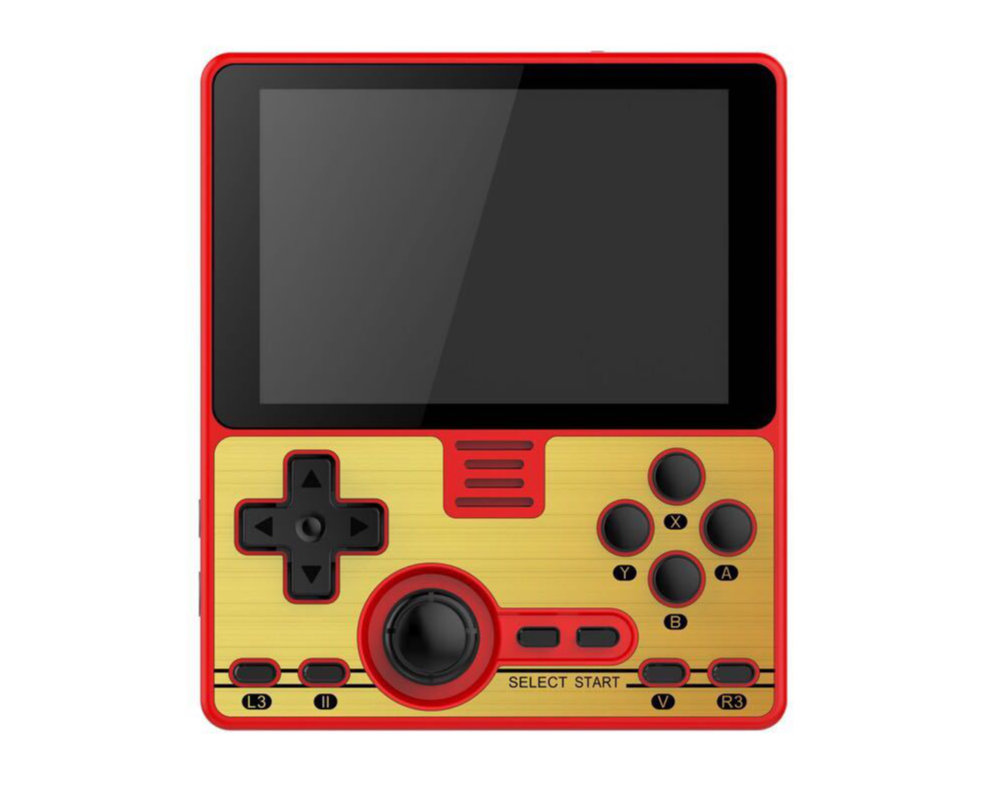 There have been murmurings for a couple of months now, but it looks like this vertical handheld is now confirmed as the upcoming PowKiddy RGB20.

This is the third recent handheld styled after the Famicom controller (Revo K101 / RG280V) with it’s distinct red and gold metal face plate. The PowKiddy RGB20 is less a successor and more of a variation on their recent RGB10. The RGB20 contains pretty much the same hardware as all the other RK3326 machines.

The only difference I’m aware of internally is the addition of a WiFi module to the RGB20. This would make it one of the few RK3326 handheld that actually retails with the WiFi chip intact (ahem, RG351P). It’s also the first vertically oriented handheld based on the RK3326 CPU. The image below shows the physical WiFi toggle switch, as well as the other I/O available.

Looking at the images, I would say there’s a good reason that most handhelds with an analog stick are landscape oriented. I’m trying to picture a way of using the analog stick on this device comfortably, but I can’t. I’ll reserve judgment until I’ve tried it, but I am sceptical.

The photographs of the motherboard show two cutouts. This shows that the shoulder buttons will be recessed deep in to the back of the unit.

Interestingly, the motherboard has the word RK2021 scribed on it, which makes me wonder if it’s from the same factory as the RK2020.

The back of the casing houses R1/R2/L1/L2 buttons as the below image shows. It’s hard to say whether these will be comfortable or not, but they’re certainly unusual in their placement.

The PowKiddy RGB20 contains a 3.5″ display, probably with the same old 480×320 resolution as all the other RK3326 machines. It’s likely to ship with EmuELEC or some variation of that OS. I would expect some level of compatibility with the other Operating Systems currently in development too.

The PowKiddy RGB20 is now available for pre-order at whatskogame and AliExpress. If you’re interested in grabbing one of these, you can use the code OBSCURE for a small 2% discount. As of writing, It is currently much cheaper at AliExpress.

6 thoughts on “PowKiddy Returns With The Vertical RGB20”