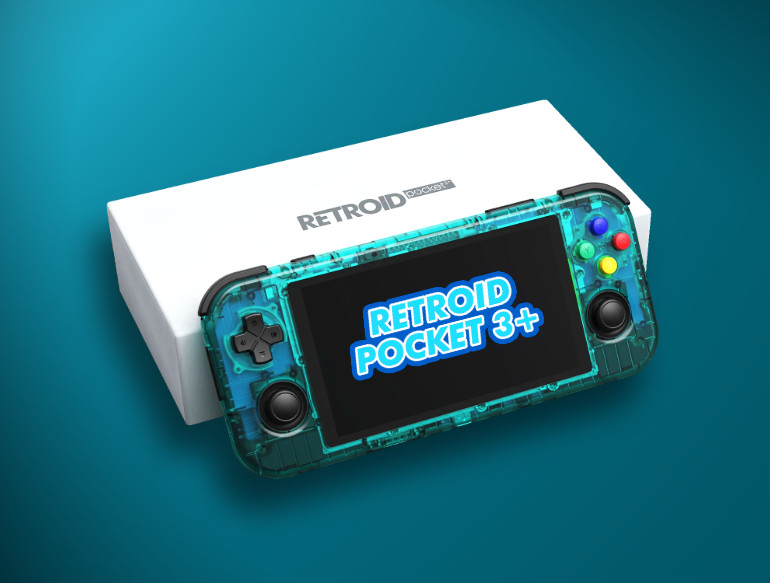 It’s only been about three months since the Retroid Pocket 3 was released, but Retroid are back with a souped up Retroid Pocket 3+ already. Hold on to your hats because this one could be a winner.

Retroid seem to have forged a tradition of releasing a new model that utilises the SoC from their previous device. It’s not until the Plus version lands that we see a genuine performance boost thanks to new hardware. As was the case with their previous models, and as is the case here with the Retroid Pocket 3+.

Using the same shell as the 3, the 3+ is for all intents and purposes the same device aesthetically. But inside that shell is where it gets interesting. The Unisoc T618 has featured in one handheld prior to this, and that was the PowKiddy X18S. It’s a capable SoC but PowKiddy didn’t do it justice. Poor QC and a severely buggy OS out of the box killed the device early on, despite BlackSeraph’s LineageOS port.

The T618 was released back in 2019, it’s an octa core processor with two A75 cores and six A55 cores, all capable of running at 2GHz. Paired with a Mali G52 GPU and 4GB of RAM, the SoC is capable of running some GameCube titles very well and some PS2 titles acceptably well. The RP3+ will run Android 11 out of the box and will feature their own in house developed launcher just like the 2+.

Rumour has it that Anbernic’s upcoming RG505 will also be using this chip. It will be interesting to see how the two devices compare.

As is also tradition, buyers of the previous Retroid Pocket 3 have the option of purchasing an upgrade kit for a vastly reduced cost. This allows re-use of the components from the old handheld with the new 3+ motherboard.

I believe the acrylic plate provided with the upgrade kit is intended to house your old motherboard so that it can be used plugged into a TV, just like with with the 2/2+.

There is also the option of purchasing a new shell with LCD, buttons and analogue sticks seperately. You could almost build your own device from scratch if the batteries were available, although I don’t think it would be economical.

Of course, most people will be buying the Retroid Pocket 3+ pre-assembled. The device comes in the usual array or retro inspired colours. For an extra $5 there’s the option of a transparent purple or transparent blue shell too.

The base price is $150, which is around the same price as the PowKiddy X18S. This is before shipping though. There are various discounts available to people that bought their previous console, as well as $10 coupons for early birds. If rumours are true and the Anbernic RG505 also uses the T618, it’ll be interesting to see if they can compete price wise.

The Retroid Pocket 3+ goes on sale tomorrow (8th November) at goretroid.com. I’m glad I skipped the 3, but this one does have me tempted.

13 thoughts on “The Retroid Pocket 3+ Could Be A Winner”