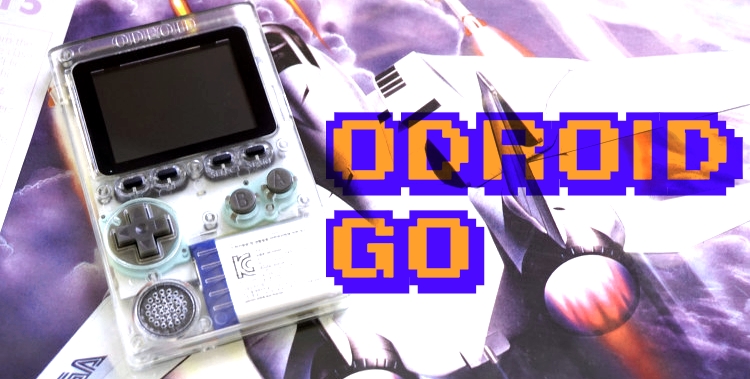 HardKernel is a South Korean hardware manufacturer founded in around 2008. Although best known for their RPi style Single Board Computers, one of their first devices was an Android handheld bearing a passing resemblance to the Bandai Wonderswan. To the best of my knowledge we haven’t seen another handheld from them until now. To mark the 10th anniversary of the company, Hardkernel have released the Odroid-Go emulation handheld. The device comes in a kit which contains everything you need to assemble the handheld yourself.

Mine arrived on Saturday and I put it together yesterday. Unless you’ve never taken anything apart and re-assembled it before you won’t learn much from the assembly experience. It is very straight forward and it only took my fat fingered self about 20 minutes. There are instructions on the Odroid Wiki page but even they’re not really necessary. Everything clicks in place and there’s no soldering required. Just be careful when fitting the screen as it’s a tight squeeze. Making sure there’s no dust trapped between the LCD and the lens is important too. I can totally see how it would be a great learning experience for a young child, if only to understand what makes a device like this tick.

The device is powered by a custom ESP32-Wrover, a low cost development board with 16MiB of on board flash memory. It’s compatible with the Arduino SDK which means there’s an opportunity to develop for the platform if you wish. The HardKernel site currently has some basic coding guides available as well as instructions to turn the device in to a portable weather station and ultrasonic distance measuring app (both with additional hardware). The board has an expansion port at the top and comes with a 10 pin header to allow you to add additional modules.

The stock firmware contains emulators for Game Gear, NES, Game Boy Color, Game Boy and Master System. It looks like there’s been a firmware update since the version in my photos, but I am yet to find out whether this improves the emulation. Currently emulation is a bit rough around the edges with many games running too slowly. I would expect this to improve with time though.

The LCD is a 320×240 panel which is fine straight on, but at other angles it quickly becomes washed out. Having said that, it’s all perfectly acceptable when you see that the price is a mere $32. Granted shipping is extra, but it’s still cheap enough for what you get. The controls are great and overall the unit is very solid.

You will need a microSD card to load the OS and ROMs on. A 4GB card will be big enough to put the entire library for each supported console.

I got mine from odroid.co.uk for £40 + p&p. If you’re in the US it may be cheaper direct from HardKernel.