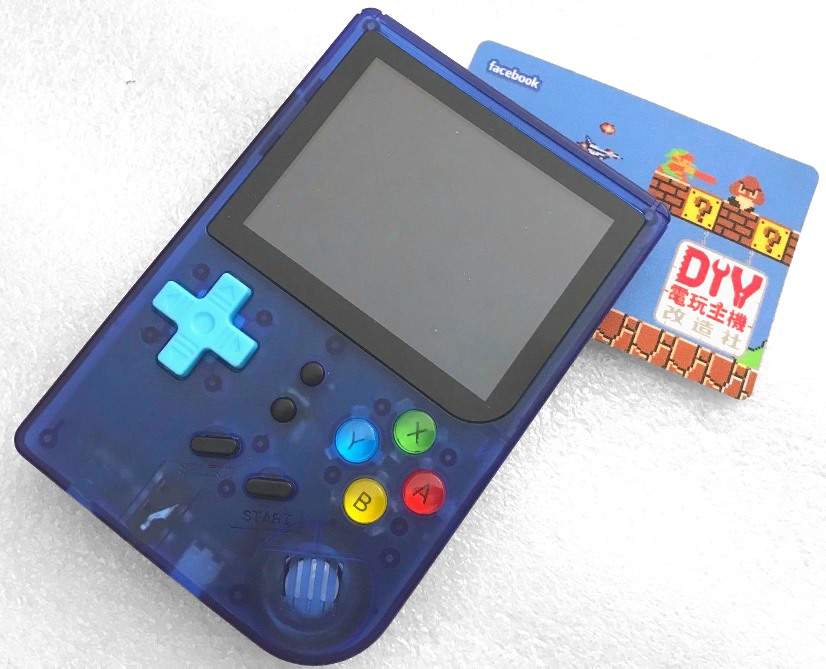 Not by name perhaps – but this thing sure looks familiar.

The RG-300 is another portrait oriented OpenDingux handheld, this time with a 3″ LCD display similar to that of the Revo K101 in that it has a resolution of 960×480. We can take that to mean it has a non-standard pixel arrangement, which should make the awkward GBA resolution look pretty decent on it.

Due to be released this coming week, it’s still unclear what CPU is in this device but I strongly suspect it’ll be another JZ4760/B machine. How many of these do we need? Well another one can’t hurt but it’d be nice to see some advancements at some point!

The shell of this device is very reminiscent of the RetroMax, but it looks like some alterations have been made to the shoulder buttons.

The RG-300 will apparently come in 4 colours – smokey transparent (as above), transparent, blue transparent and grey (below).

The front facing buttons are different to those on the RetroMax too. Above start and select a brightness button and a sleep button have been added.

Rumour has it that the RG-300 may even appear on Aliexpress today, so if anyone spots it do let us know!

Update 17th June: The RG-300 is now available on AliExpress and retrogame300.com.

Update 19th June: This is a seperate device to the new RetroMini (which will probably be called the RetroPlus). It just happens to share a similar shell.

DIYGameModz shared this video of it in action earlier today.

7 thoughts on “Is This The Long Awaited RetroMini v2 aka RetroPlus? Update: No, It Isn’t! :D”