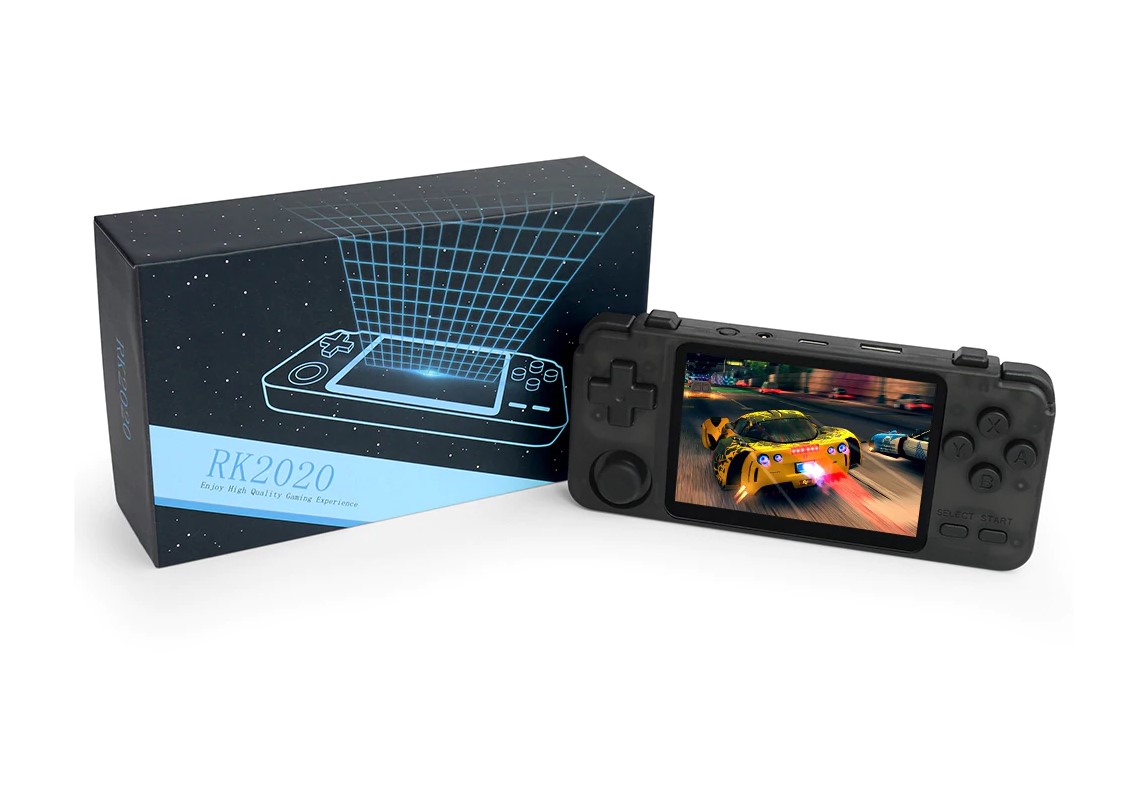 We all knew it would happen eventually. Chinese manufacturers have seen the success of the Odroid-Go Advance and decided to get in on the action. There are probably more of these to come in future, but the RK2020 is the first Odroid-Go Advance clone to hit the market.

The RK2020 is a hardware clone of the Odroid-Go Advance, all the way down to the RK3326 and LCD screen. The main difference is the addition of L2/R2, though we now know that the revised OGA will also have these.

I was really hoping that this clone would make some improvements on the original design. Dual analog sticks or a higher resolution panel would have been interesting amendments. The benefit of mirroring the original design so closely though, is that any OS for the OGA should also work with the RK2020 with some minor tweaks.

The RK2020 does look to have made improvements in one area though, and that’s the quality of the shell. It’s no secret that the OGA feels somewhat cobbled together, and the RK2020 appears to look at least a bit more premium. Of course we’ll need to get our hands on a unit to judge it properly, but first impressions are positive.

The unit has one microSD card slot on the bottom and a USB-A port on top. The USB-A port will apparently work with WiFi dongles in the same way as the OGA v1. The RK2020 will ship with EmuELEC pre-installed, and due to the familiar hardware we can expect different OS to be ported over too.

The RK2020 has fewer buttons than the OGA, this makes it tricky to re-use OGA images directly on the RK2020. Some alterations will need to be made to button mapping to account for the lack of F1-6. You’ve probably also noticed there’s no volume control. Volume adjustment is achieved by holding R2 and pressing Up or Down on the d-pad.

The screenshot below is taken from the Game DoDo YouTube channel and compares the size of the device to some other familiar handhelds.

The RK2020 is now shipping from both AliExpress and rkconsole.com. Let’s see if it can give the OGA a run for its money. What do you think?