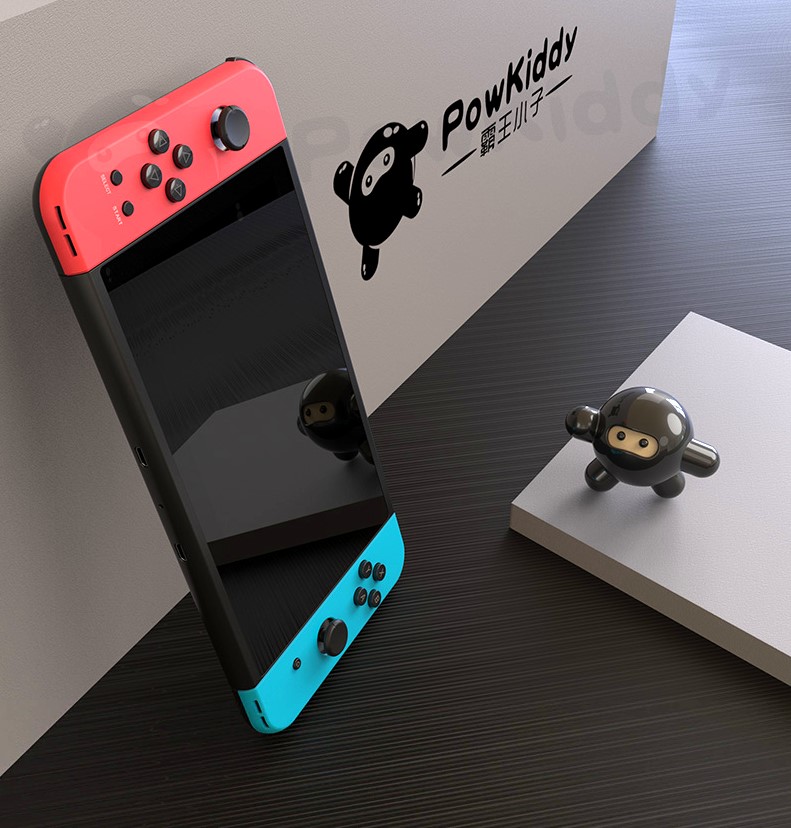 The PowKiddy X2 first showed up in some promotional material earlier this year. It’s now available to buy, and looking at the vague specifications we can glean some things about this new device.

The product page on AliExpress states a 7″ 1024×600 non-touchscreen IPS display. As well as having a HDMI output, the X2 also has 2 Micro USB ports for external controllers. I can’t imagine why they chose Micro USB, I assume an adaptor will be required to use most controllers. It doesn’t look as though any are shipped with the device. Strangely both of these ports are marked as DC 5V, so I assume this is also how you charge the device?

The X2 has 2 analog sticks, ABXY, a split d-pad as well as two shoulder buttons. It doesn’t look as though the controllers detach from the device. The top of the unit also has a MicroSD card slot, headphone output, a volume rocker and an “Open” button.

The processor is listed as an ARM Cortex A7 at 1.3GHz. Reading between the lines, this could be another RockChip RK3128 machine. That’s the same chip as found in the upcoming Q400 as well as the Aiwo G1000 arcade machine. This particular machine is advertised as having 11 emulators, with PS1 and some arcade machines being the extent of its emulation prowess.

The UI is new to me. It’s certainly not Android, and it’s a little bit more fancy looking than most of the stock firmware we see. Assuming this is what actually ships on the device, it looks pretty nice. I would guess that it’s built on RetroArch, but don’t take my word for it.

The PowKiddy X2 is available now from the PowKiddy store on AliExpress for $79.99 shipped. Whether it’s worth it or not is anyone’s guess right now. It’d be nice to think that these RK3128 devices will get new OS ports at some point, but the manufacturers sure don’t make it easy for the community developers. It’d be safest to assume you’ll be using the stock OS, at least for now.

8 thoughts on “Spot the Difference – The PowKiddy X2”