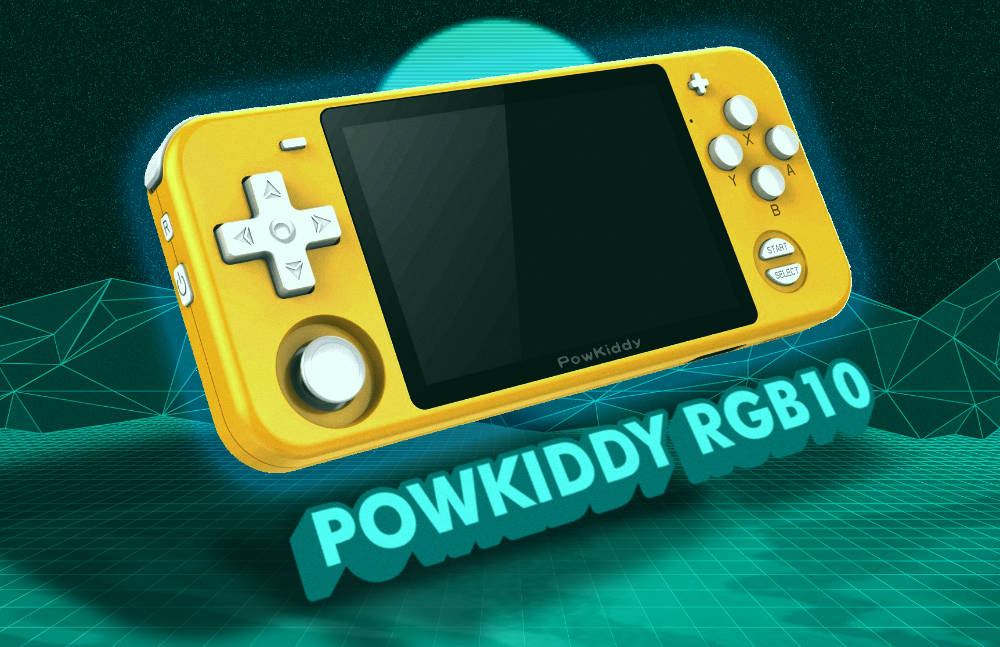 They’re coming thick and fast now! PowKiddy are the latest brand to hop on the hype train with their re-imagining of HardKernel’s Odroid-Go Advance. The new PowKiddy RGB10 is yet another OGA clone just released. It bears a striking resemblance to the Q90 released earlier this year, but of course this time it’ll be powered by RockChip’s RK3326.

The rest of the hardware is fairly unremarkable. It’ll have the same size and resolution IPS display, one analog stick and hardware volume buttons. It will have 4 full size shoulder buttons, unlike the OGA v1.1. It looks like there’s a full size USB OTA port on the bottom too.

We don’t know if they’ll ship the PowKiddy RGB10 with a customised OS yet, but I would guess they’ll piggy back off the existing Operating Systems.

This makes the fifth handheld based on the RK3326. HardKernel’s Odroid-Go Advance of course came first, followed by the RK2020. The RG351P could be released towards the end of summer, and this yellow monstrosity from PowKiddy might beat it to market. The ZPG Pro is apparently due at the end of this month. Personally I think Anbernic’s RG351P will be the winner, but we’ll have to wait and see.

The PowKiddy RGB10 is available now from AliExpress for around $90. Check out Powkiddy AliExpress store for more details.

9 thoughts on “The PowKiddy RGB10 Is Another OGA Clone”