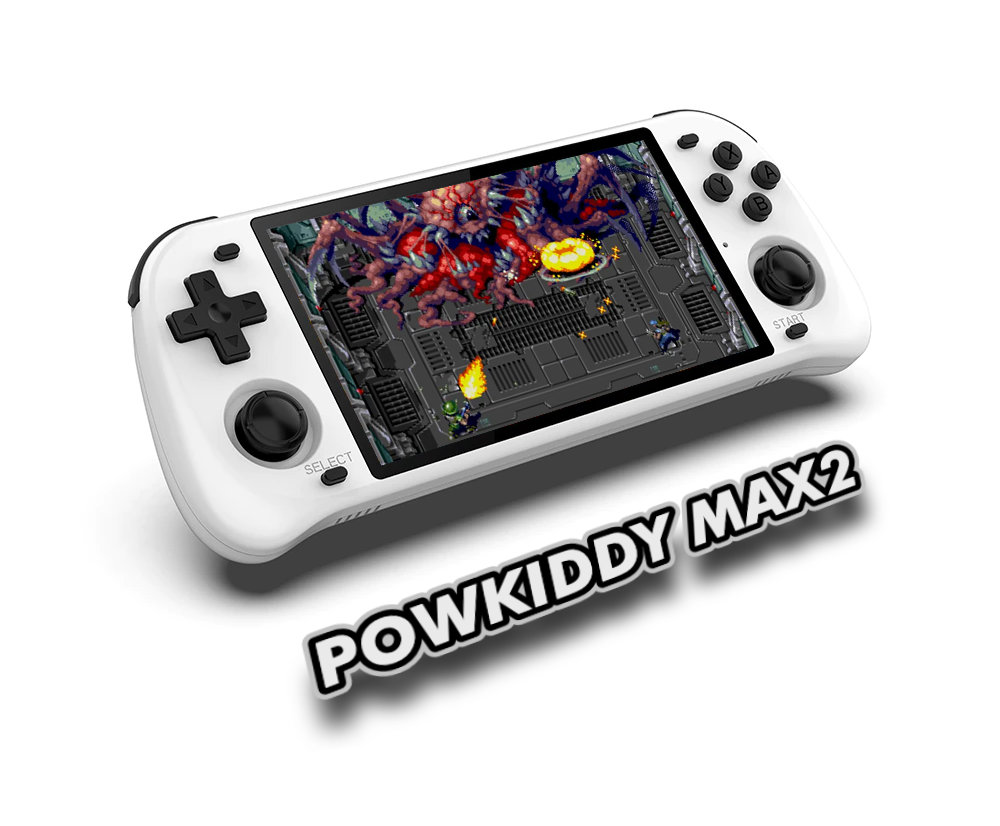 Images recently surfaced of another new handheld due to be released under the PowKiddy banner. The Powkiddy Max2 is yet another attempt to shift some of those dusty old RK3326 chips, but who’s buying?

The below images are all we have of the upcoming PowKiddy Max2 right now. I have contacted PowKiddy on AliExpress, and others on the RG Handhelds discord have done the same, to try and get some info on the hardware. We’ve all had the same response: the hardware is secret for now.

If I’m honest the shell looks great, and I think they could possibly get away with one more RK3326 device because of it. Given the recent release of the X18S it does seem unlikely that they’re about to release another flagship type product. However it’s likely that the X18S has been ready for months, just awaiting the required components for mass production. They could potentially have been sourcing another flagship in the meantime.

The stacked shoulder buttons in particular look really nice, and the controller portion of the design looks very comfortable too. I am hoping another flagship is in the works, but deep down I think it’s unlikely. One eagle eyed discord user spotted that the I/O on the top edge of the device lines up with those of the RGB10 Max, which could mean it’s the same board layout. It also appears to be running EmuELEC, just like the majority of RK3326 devices do out of the box.

Well that didn’t take long. The Max2 is now listed on the official Powkiddy AliExpress store for $125 shipped. Whilst the device actually looks rather nice, I can’t see many people going for it over Anbernic’s RG351MP or RG351V. Personally I am done with RK3326 and am happy to wait for some more of these next generation machines to establish themselves.

8 thoughts on “Will The Powkiddy MAX2 Surprise Us? Update: No, It Won’t”