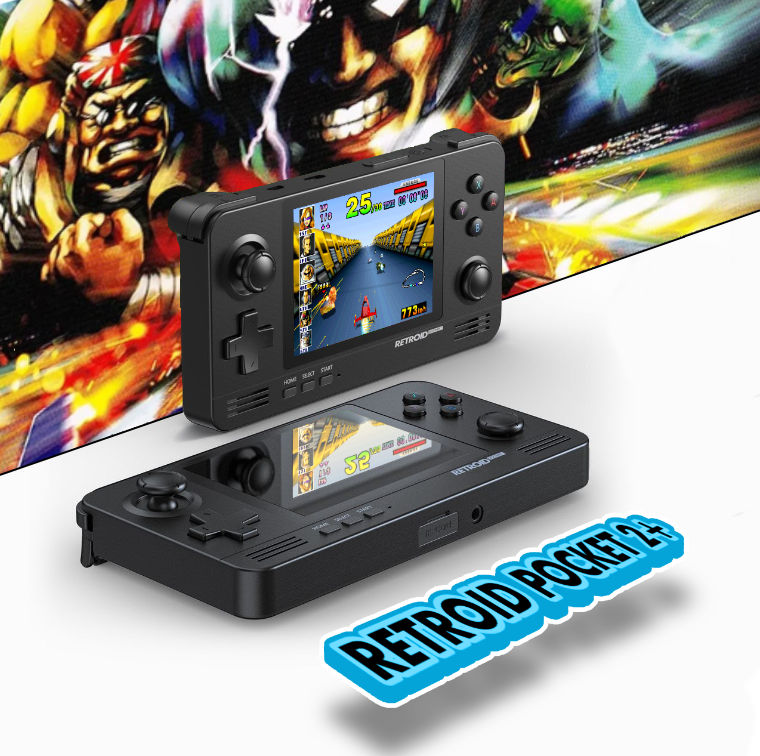 Moorechip have just released a bona fide upgrade to the RP2, utilising the same beautiful shell. If you’re already an RP2 owner, the Retroid Pocket 2+ upgrade might be exactly what you’re looking for.

The Retroid Pocket 2 was marred by a couple of issues, mostly down to design decisions rather than a lack of manufacturing ability. Running Android on that MT6580 processor with just 1GB RAM was always going to be a big ask, and pairing it with a non-touch enabled panel was an unfortunate decision too.

Along with a weird digital slider on the right side we ended up with a handheld that could have been great but ended up being OKish. But Moorechip look to be fixing this in the RP2+, and your old hardware doesn’t necessarily go to waste either.

The Retroid Pocket 2+ is available to buy as a prebuilt device, but there’s also a drop in replacement kit available for your original RP2 as well. This kit will upgrade your original RP2 with the RP2+ motherboard. Taki has already provided a video of what the kit comprises, as well as how to install it.

Interestingly this kit apparently won’t come with a touchscreen panel by default, but is available as an additional extra. The prebuilt RP2+ will ship with a touchscreen already installed though. The board upgrade looks pretty straight forward, but it remains to be seen what is involved in replacing the LCD.

The prebuilt Retroid Pocket 2+ has the same 640*480 resolution panel as its predecessor, but will be a capacitive touchscreen. It’s also been mentioned that the “digital” slider on the right hand side is actually analog, just that the old hardware wasn’t configured to interpret it as such. According to Taki, the new hardware is able to utilise this properly now.

The upgrade kit also ships with an acrylic case for your old RP2 motherboard. Bundled with it is a daughter board that allows you to power the RP2 motherboard from a USB cable. Plugged into your TV, your old hardware finds a new lease of life as an Android emulator box. In a world of throwaway electronics and e-waste I find this a really nice idea.

The chip being used in the RP2+ is one we’ve not seen in a handheld before. It’s the quad core Unisoc Tiger T310, a budget level cellphone processor built around three 1.8GHz A55 cores and one 2GHz A75 core. Coupled with 2GB of RAM and an 800Mhz PowerVR GE8300 GPU we end up with a pretty powerful little handheld.

Taki has posted a few performance videos already, and it’s plain to see that this configuration is far more powerful than the previous generation. In fact it’s possible that single core performance from this chip could be better than that of the RK3399 in Anbernic’s upcoming RG552 flagship. Of course, it’s unlikely we’ll get Linux on the RP2+ though.

The Retroid Pocket 2+ will run Android 9 out of the box, and it looks as though Moorechip have developed a rather nice UI for it too.

Both the upgrade kit and the prebuilt RP2+ units are available to pre-order now, shipping out in around a month. The upgrade kit costs $65, and the prebuilt Retroid Pocket 2+ devices are just $99 plus shipping. For the performance, that price is very competitive and on paper the Retroid Pocket 2+ looks like a worthy successor to the RK3326 based machines.

28 thoughts on “Can The Retroid Pocket 2+ Right The Wrongs Of Its Predecessor?”