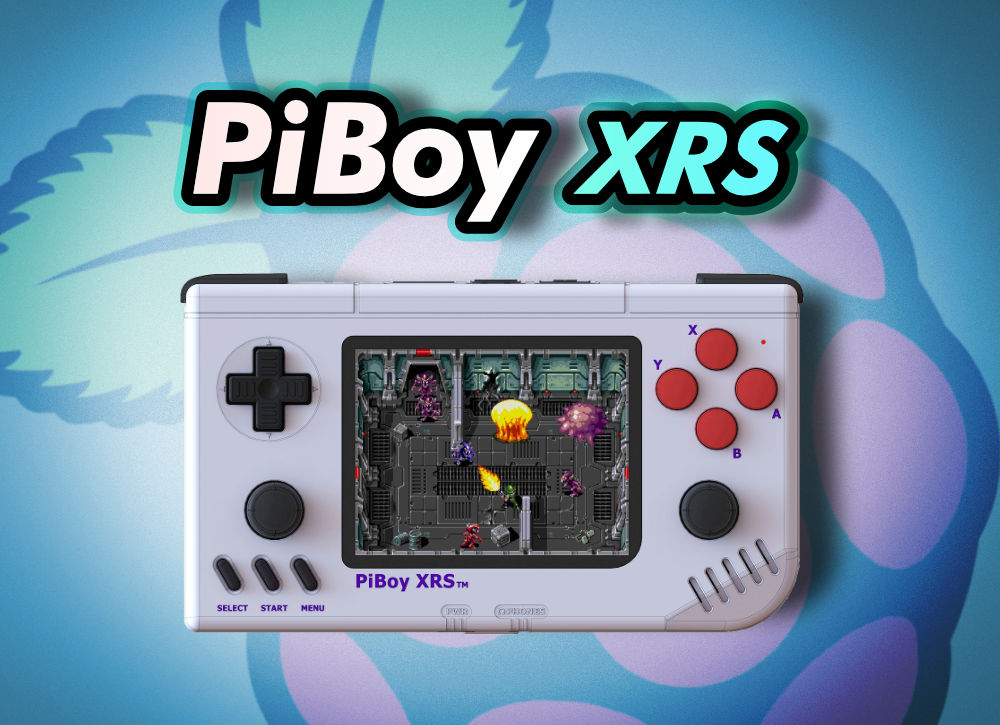 Experimental Pi are a manufacturer of DIY Raspberry Pi powered handhelds and arcades. They were responsible for the PiBoy DMG back in 2020, and now they’re back with the PiBoy XRS DIY handheld.

The PiBoy XRS is one of two handhelds that were leaked last year when two unlisted pages were discovered on the Experimental Pi website. The listings were both taken down for a while, but one of them quickly returned and more recently was made available to pre-order.

A quick look at the one that didn’t make it. The CM4x was due to be built on the Compute Module version of the RPi4.

It may be that the dire supply shortages of the CM4 modules killed the handheld off before it was even announced. The CM4x renders showed it with 1:1 aspect ratio display. An unusual choice, but makes some sense if you’re into portrait mode arcade shmups such as Dodonpachi and Ikaruga. Perhaps once supply of the CM4 becomes stable Experimental Pi will launch this device proper.

The PiBoy XRS however, did live to see the light of day. The main difference between these two machines is that the XRS runs off of a full size RPi4 SBC. This render of the top of the XRS shows that the RPi4 USB and ethernet ports are exposed. The kit ships with a blanking plate to stop them getting full of fluff and dust.

The XRS has dual analog sticks, stacked shoulder buttons and a 3.5″ 640*480 display. The battery is listed as 4500mAh, which might seem excessive but is definitely required in a device like this.

The bottom of the unit houses the headphone jack, USB-C charge port and HDMI output.

The PiBoy XRS also has active cooling built in, you can see the intakes on the back of the unit. The RPi4 certainly doesn’t sip power and combined with a fan that large LiPo will be required for a decent play time between charges.

The PiBoy XRS DIY handheld is available to pre-order now for $150. Whilst it says shipping soon there is no definitive date listed yet. If you’re interested in one of these be aware that you will need to provide your own Raspberry Pi board. They are slightly easier to source than the CM4 modules but often have their prices inflated when in stock, so hunt around.