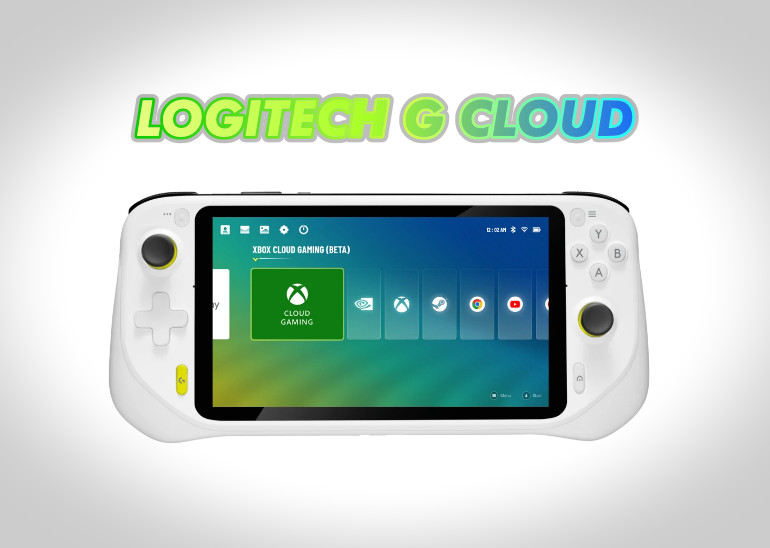 Earlier this year Logitech G made the surprise announcement that they had teamed up with Tencent and were entering the handheld gaming market. Whilst the announcement of the Logitech G Cloud came alongside a couple of renders, rumoured specs swirled around the internet for some weeks before being confirmed.

I must admit that when I first saw the Logitech’s announcement I was immediately reminded of the Panasonic Jungle. The Jungle was another surprise handheld from a large and well established company with no history in handhelds, teased back in 2010. The Jungle was canned before it ever made it to market. But if anyone had any doubts about the Cloud then put them to rest because pre-orders for the device are now live on the Logitech G website.

The Cloud is powered by a Snapdragon 720G (benchmarks page) which is a mid-tier 64 bit SoC released by Qualcomm in 2020. It features 6 Cortex-A55 cores running at 1.8GHz and 2 Cortex-A76 cores at 2.3GHz. The GPU is an Adreno 618 GPU at 750MHz. Whilst the RAM configuration isn’t listed on the Logitech promo website, 4GB of LPDDR4 memory is listed amongst the specs here.

Whilst not as powerful as the Snapdragon 845 in the Ayn Odin, the 720G is a fairly capable chip that outshines many offerings from Chinese handheld manufacturers. Unverified Geekbench 5 scores below.

The Logitech G Cloud houses a 7″ IPS LCD in 16:9 configuration. It’s a full 1080p panel and is multi-touch capable, which is important given the software powering the device. A 6000mah battery provides up to 12 hours of gaming, depending on usage.

Full specs from the Logitech support page below.

The usual set of controls including dual analogue, ABXY and a d-pad can be found on the front of the unit, and a L1/R1/L2/R2 configuration sit on top. The shoulder button config ticks a lot of boxes in that it is not only stacked, but the bottom 2 triggers are analogue. Also on the front of the unit it a “G” button, a home button and a pair of buttons described as L&R option buttons.

The Cloud contains 64GB of internal UFS storage, and a microSD card expansion slot. A volume rocker button is placed next to the power switch on the top left side, and a 3.5mm headphone jack and USB-C charge port can be found on the bottom. The Logitech G Cloud also supports 5GHz WiFi and Bluetooth 5.1.

The Cloud ships with Android 11, but it looks as though it will be far from a stock Android experience. The handheld is said to “require” a cloud subscription service such as Xbox Game Pass or GeForce Now to work “as intended”. What this (and the name) tells us is that the Cloud is definitely not being sold as a portable emulation machine, or indeed even an Android gaming device.

How limiting this setup will be out of the box is unfolding via early video reviews on YouTube now. I would hope that it will be possible to do anything you could usually do on an Android machine with little fuss. One of the promo shots from amazon.com confirms that Google Play is included at the very least.

It does give me pause for thought though, especially given the price tag. As of yesterday there are preliminary review videos hitting YouTube so the next few weeks will be interesting. The likes of Ayn and even Aya are already pushing boundaries in terms of price/performance and build quality so I do wonder whether Logitech can compete with these in anything but name and reputation.

The Cloud is available to pre-order now for $300, but the official price will be $350 somewhere down the line.