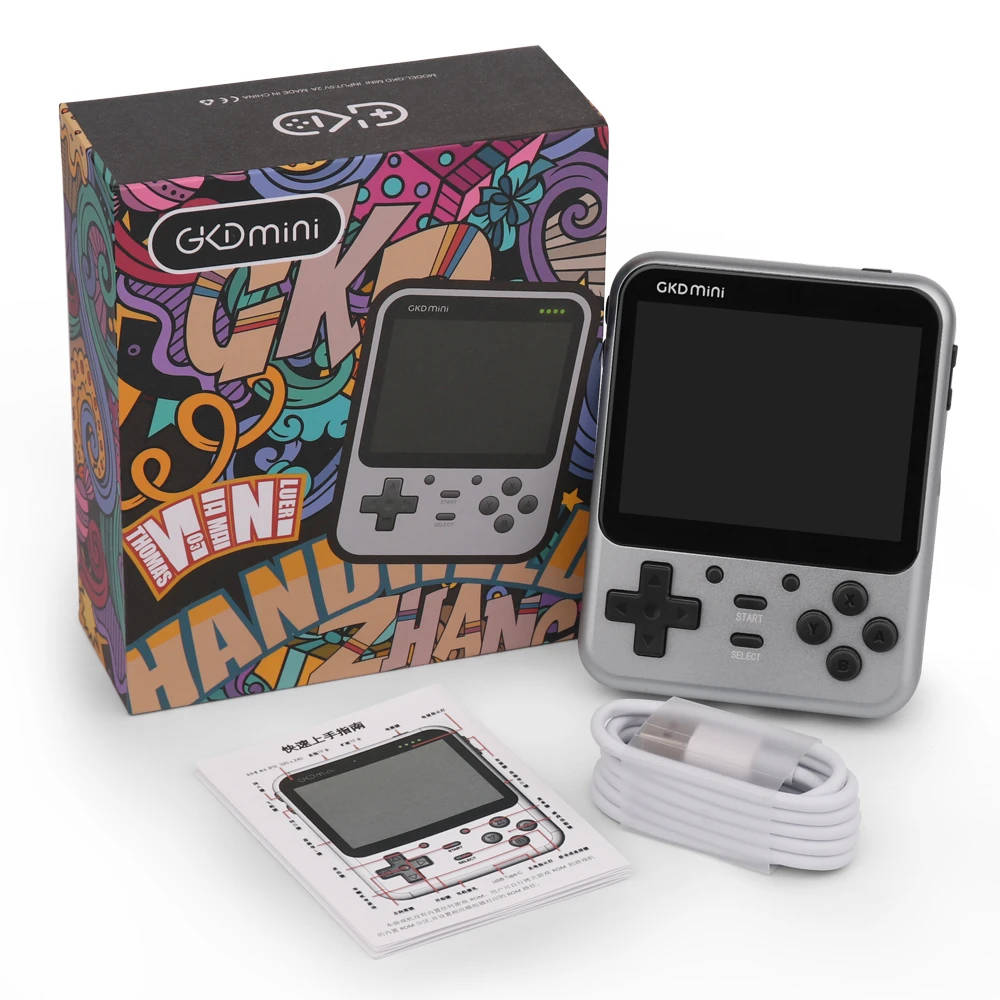 Hot on the heels of the other two recent vertical devices, here comes the GKD Mini handheld from LaoZhang. The GKD mini is another portrait mode handheld that promises a boost in performance over the RG350 series from Anbernic.

The GKD mini is a follow up to the GKD 350h which came out in 2019. Housing an Ingenic X1830 processor, this CPU outperforms the JZ4770 despite its lack of GPU. The X1830 runs at 1.5Ghz and gives a reasonable boost to some harder to emulate SNES, PS1 and Arcade games.

Its older brother ran on OpenDingux and this vertical version runs the same OS. Hopefully we will see a kernel source release this time around so that performance improvements can be made by community developers. The GKD Mini has 4 shoulder buttons on the back of the device, angled outwards at 45 degrees.

The LCD is 3.5″ and has a 320×240 resolution, and the 4 LEDs to the top right of the screen indicate current battery level. The handheld has stereo sound with an independent volume control, and two of the front buttons are dedicated to Menu and Exit. There looks to be dual microSD slots next to the power button on top of these early prototype images.

Size wise, it’s a little bigger than the LDK, but still a very pocketable device.

Gone is the Sega style d-pad from the early renders, and a standard looking d-pad has taken its place.

The GKD Mini is available in both a metal and plastic shell version. As expected, the plastic version is a fair bit cheaper but is currently only available in a pale turquoise.

The GKD Mini is now available from Retromimi and Whatskogame from around $75.