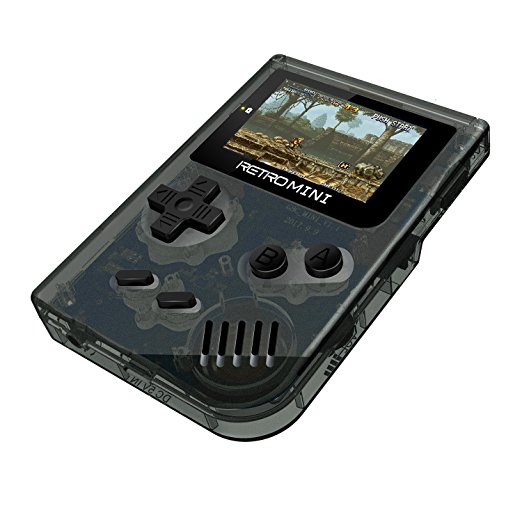 Of all the things I could have posted on here in the past 6 months, for some reason it’s yet another GBA emulator that has piqued my interest. I can’t explain it and I’m sorry. Never the less, I absolutely love stuff like this and I’m going to tell you as much as I know …

The mobile phone market is a fast changing one, it was barely 10 years ago that Nokia released its 8310, one of the smallest mobile phones ever mass produced. Oh how things have changed since then.

Back when Nokia, Siemens and Ericsson were dominant manufacturers it would have been hard to imagine things as they are today. But as technology improved and consumers started demanding more from their phones, those old timers struggled to keep up and so the market was opened for someone else to take the helm. Taiwan’s HTC were arguably the first manufacturer to pick up the slack, and here in the UK Orange started offering HTC’s Windows powered SPV “smartphones” in the early 2000s.

Since then Apple’s iPhone has taken the world by storm, Taiwan’s Acer, ASUS and more recently Gigabyte have joined the market, Sony bought the rights to the Sony Ericsson brand, Google bought out Motorola Mobility, South Korea’s Samsung has risen to become one of the biggest mobile phone manufacturers in the world and LG are soon to be propelled into the limelight too when the Google / LG Nexus is released.

There’s no shortage of choice if you’re in the market for a premium smartphone, but one thing remains the same between all of these manufacturers – their top of the range mobile phones cost a hell of a lot of money.

And people think Nintendo updates the DS series a bit too often… Amateurs! Yinlips have updated their flagship Android gaming handheld. Following on the heels of their recently upgraded YDPG17, they have announced an upgrade to their 5″ offering, the new YDPG19. The G19 shares a lot of specs with its predecessor  the G18A, in that it …

Over on the Dingoonity forums markzhu520 (from dingoo.hk) has announced that yet another device is due to be released in time for Christmas. His posts are either deliberately vague or perhaps it’s a less than perfect grasp of the English language, either way details are not forthcoming. No pics, no renders, no specs, nada. So …

What happens if you rip a DS Lite in half? Well aside from breaking it, you end up with something resembling the Letcool N350JP. And what a handsome devil it is too.

In the baffling world of Chinese firm Dingoo Digital (or is that Dingoo Technologies? Does anyone care anymore?) nothing is black and white. It seems that both mobs are quite happy firing accusations at one another for breach of copyright and theft of source code at the moment (If you want to trawl the long and confusing drama that is “Who is the real Dingoo team?” then you could start here but I wouldn’t advise it).

What is certain (or as close as you’re going to get) is that the company behind the manufacture of the Dingoo A320 was Gemei, a reputable Chinese electronics company.

18 or so months after the Dingoo A320 landed, and after a lot of leaked photographs, wild speculation, a fake successor and a whole load of hullabaloo over at the dingoonity forums, it finally seems that the real successor is about to land – and this time it comes with some official pics.

Over at the dingoonity forums, one of the staff members from Chinavasion posted to say that they would be taking stock of the new machine “soon”.